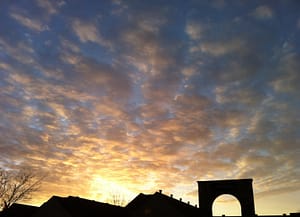 Every Friday we like to highlight some of our favorite posts on Cloud Computing, service orientated infrastructure, DevOps, Big Data, and anything else that grabbed our attention over the week. Here are some great articles from the week of December 26th that are worth taking a look at. Enjoy and have a fantastic New Year this weekend!

How Cloud Computing is Changing Many Job Descriptions by Joe McKendrick

Just as cloud computing is a game-changer for many companies, it is also changing the nature of jobs – not only within the information technology department, but in other parts of the enterprise as well.

How Green is Your Cloud? by Joe Brockmeier

Cloud computing, it is often claimed, is a good way for companies to reduce their carbon footprint. The reality, as Tom Raftery explains on Greenmonk, is much more complicated than that.

While the fast path to cloud computing varies, it looks like many enterprises, as well as consumers, were already on the way before they really knew what cloud computing meant.

Hybrid cloud to be the top enterprise trend of 2012? by John Kennedy

The increasing availability of hybrid cloud will be a game-changing moment for enterprises next year, Citrix predicts. While organisations currently engage with cloud computing through two different paths, the private cloud and the public cloud, this is all set to change.

China and the Cloud: Revising Culture to Reap New Business by Jeff Norman

“Access your information from anywhere.” This is one of the primary tenets of marketing for cloud computing — entice consumers with the freedom to work, or play, wherever they roam. Selling such expansiveness should hit a snag in a nation that underscores authoritarian control, like — as if you couldn’t guess — China.

2011: the cloud has landed by Phil Wainewright

Looking back on 2011, what stands out most of all is that the cloud became mainstream. Cloud computing even got its own Gartner hype cycle, and while some aspects of the technology are still deemed to be in the early wave of the cycle, others are far beyond any hype. Indeed, SaaS is so well established today that Gartner positions it firmly on the ’slope of enlightment’, well on the way to achieving productive enterprise adoption.

Updated: Mark your calendar now for the big data days of 2012 by Barb Darrow

Everyone knows about Black Friday and Cyber Monday, but did you know December. 21 will be a big online traffic day next year? Here, most courtesy of data center power Equinix, are other  big data and heavy traffic dates to prep for, in chronological order…

Cloud computing is no longer the curiosity it was a few years ago. Today companies are increasingly looking to cloud computing as an integral component of their computing strategy. The rationale is clear. Companies now understand that cloud computing offers the possibility of being able to more to seamlessly change IT without having the time and expense of setting up, configuring, and deploying new systems.

Read More »
PrevPreviousCountdown to the New Year! 100 Cloud Stats from 2011
NextOn a semi-serious note...10 Predictions for 2012 from ZenossNext