On a semi-serious note...10 Predictions for 2012 from Zenoss 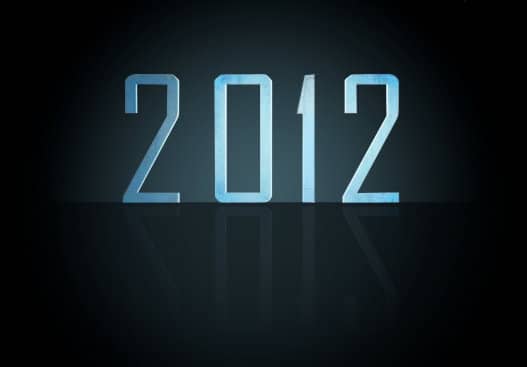 The Mayan Apocalypse Misses Your Datacenter

Thanks to outstanding planning and intense preparation in the IT department, you won’t lose any data or experience any downtime due to ancient calendar issues. You learned a lot from Y2K, after all. The most critical additional preparation turns out to be the two week Cozumel planning session. We advise you to get that scheduled early and avoid the rush.

A Tablet as your Second Monitor Or third!

Extra monitors are the single biggest personal productivity booster for the desktop. You’re going to move mail and Twitter off the big screen.

No Major Release for NetCool

Inspired by election candidate promises, Zenny the Zenoss Zebra will change his stripes. Black to white. White to black. And then back again. Zenny 2012!

Sometime during the year, some vendor or consultant will come in and talk to your IT management about the marvels of private cloud computing. You’ll do a feature inventory  - Virtualization? Check. Standard VMs? Check. Auto-deployment? Check. Tenant-aware monitoring? Check. And you’ll realize you’re already there! Give us a call, we’ll tell your boss all about how smart you are.

Fewer Corporate “Friends” except for Zebras

Marketing departments are big on creating a corporate presence on Facebook. Social networking, it’s the future. And it’s a great excuse for the marketers to spend lots of time on Facebook at work! But has a corporation ever come over for a beer? Time to do some cleanup! Of course, Zenny will be happy to drop by for a libation. Why not friend Zenoss?

A Software Vendor will use Kickstarter for Release

Features A slightly tipsy product manager will create two dozen projects, each project a potential new feature. What could go wrong with a crowd-sourced roadmap, after all?  The process will get confusing when customers create their own competing projects, really crazy when pranksters chime in, and totally weird when all the projects get funded and it’s time to get busy writing code!

Bieber Fever is caused by the Higgs Boson

Our 2012 Prediction Success Rate will Never Be Measured

Let’s agree to just look ahead, ok? Everything will be different anyway. Hey, there aren’t even ten predictions here. I’m going to count the missing one as a success, okay?

Here’s to a healthy and prosperous 2012!

Read More »
PrevPreviousZenny's Weekly Cloud Links #39 - Closing Cloud 2011, China, Enterprise Trends
NextCloud is to 2011 as Rethinking Networking is to 2012Next