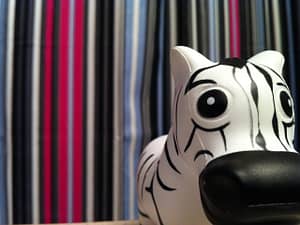 Every Friday we like to highlight some of our favorite posts on Cloud Computing, service orientated infrastructure, DevOps, and anything else that grabbed our attention over the week. Here are some great articles from the week of August 15th that are worth taking a look at. Enjoy!

“Overloading of technical terms in the information technology industry is quite the norm, but it does sometimes play an integral role in confusing technology consumers and delaying progress through failure or mismatches. The more popular a term, the greater it will be co-opted by various factions for their own purposes. DevOps is certainly not escaping this trend.”

Both Public And Private Cloud Use To Soar In The Next 12 Months – New Evans Data Survey Shows by HostReview.com

“Cloud computing represents a compelling way for IT teams to achieve superior agility, flexibility and cost-efficiency in delivering both customer- and employee-facing enterprise applications. But just because you’re using cloud services from one of the top service providers, that’s no guarantee of superior application performance, particularly when it comes to speed. Businesses must look beyond cloud deployment benefits and evaluate how moving web applications to the cloud may impact their end users’ experiences.”

Hybrid Delivery: Corporate Applications and the Cloud by Rafal Los

“As enterprises run head-long into cloud computing one of the most widely adopted and most useful paradigms is the concept of a hybrid cloud, and with it comes hybrid delivery.”

How Cloudy is Your Cloud? The NIST Offers a Cloud Standard by John Joyner

“Undoubtedly the most used marketing phrases in the last year have involved cloud computing as a valuable feature of various software and services for sale. Some see this trend as “evolutionary” for IT, a natural next-step following the widespread adoption of virtualization and the profusion of high-speed bandwidth. Others view cloud computing as another word for host-based computing, in effect, a return full-circle to the fifty-year old model of input/output (I/O) devices connected to a shared mainframe.”

“You’d think as we head into the waning months of 2011 that there’d be little left to discuss regarding the definition of cloud IT.  Well, not quite yet.”

“Cloud computing, virtualization and mobility are some of the trends driving change in today's enterprise networks, said market observers. They added that while interest in server, storage and network convergence is on the rise, challenges still exist.”

“Cloud computing is changing how IT services are delivered and consumed today. The ability for enterprises large and small to centralize and outsource increasingly complex IT infrastructure, while at the same time consuming cloud-based IT services on an on-demand basis, promises to transform the economics of doing business.”

Next-Generation IT: Why We Need A Cloud Middleman by Glenn Weinstein

“The Internet has removed the middleman in many ways. It’s a natural tool for disintermediation, allowing passengers to book their own plane tickets, readers to create their own clipping services or candidates to find their own job openings. But just as public cloud computing has brought the power of the Internet to large businesses, it has also created the need for a new type of middleman – what Gartner has called a cloud services brokerage.”

Preparing for the Real Costs of Cloud Computing by Bob Violino

“At a cloud computing conference in New York in June, a number of speakers pointed out that the cloud is moving past the hype stage and is beginning to deliver tangible benefits to organizations. These improvements include increased flexibility and agility. But moving to the cloud can also mean added costs, some of which might be unexpected, according to IT executives whose organizations have implemented cloud services or are considering them.”

“While the hype rages around cloud computing, most cloud implementations go the way of the private cloud and avoid the public clouds for now.  Private clouds are exactly what they sound like.  Your own instance of SaaS, PaaS, or IaaS that exists in your own data center, all tucked away, protected and cozy.  You own the hardware, you can hug your server.”

And a few honorable mentions from the b-roll…