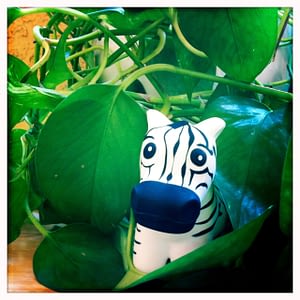 Every Friday we like to highlight some of our favorite posts on Cloud Computing, service orientated infrastructure, DevOps, and anything else that grabbed our attention over the week. Here are some great articles from the week of August 22nd that are worth taking a look at. Enjoy!

“In the early days of cloud computing, the concept of big data focused on the applications themselves — the virtual images needing transfer from the datacenter to the cloud-computing provider. This issue was a huge roadblock then and, in many cases, still is. The most commonly adopted solution is the sneakernet. In other words, using couriers such as FedEx and UPS to transfer physically the huge amount of bytes involved.”

Driving down the cost of Big-Data Analytics by Werner Vogels

“The Amazon Elastic MapReduce (EMR) team announced today the ability to seamlessly use Amazon EC2 Spot Instances with their service, significantly driving down the cost of data analytics in the cloud. Many of our Big-Data customers already saw a big drop in their AWS bill last month when the cost of incoming bandwidth was dropped to $0.00. Now, given that historically customers using Spot Instances have seen cost saving up to 66% over On-Demand Instance prices, Amazon EMR customers are poised to achieve even greater cost savings.”

The CIO's Role in Branding by Sara Peters

“Not long ago, most workers could go through their entire careers without having to speak to the public as representatives of their companies. Such duties were once the exclusive domain of CEOs, public relations reps, press officers, celebrities, politicians, and union leaders. Now, however, the walls have crumbled, the velvet ropes have been put aside, and public relations has become a more common part of many people's work.”

To Cloud Or Not To Cloud? by Clare O'Connor

“You’re a small to mid-sized business. You’ve got an IT guy or gal, employee workstations, and maybe even a few servers in a back room somewhere. On the servers you might be storing important business data, a few applications that help you run your business, and maybe even your website. Then, disaster strikes.”

Cloud Adoption – Guard Against the Pitfalls by David Robinson

“Cloud has been described as an extraordinary step change in the way IT-based services are delivered, but fundamentally, the cloud is but another form of outsourcing which will help businesses drive down costs. And it is here to stay.”

“Amazon Web Services (AWS) is adding an in-memory service for applications, Amazon ElastiCache, so applications can summon application logic and data from memory instead of disk. The move pulls the Amazon cloud environment, where customers tap into the services they need in an automated, self-service fashion, closer to being on par with enterprise environments where using in-memory processing is already a well established technique.”

As Cloud Grows, So Does Importance of Security by Ken Hardin

“Cloud computing continues to grow into every corner of the enterprise… Regardless of how you employ the cloud — and you will, if you haven’t already — security will be a key focus, as it is with every other enterprise technology.”

What Motivates Open Standards in the Cloud? by Brian McCallion

“Open standards are a nice idea. And democracy is a great idea too, all citizens can vote, yet we only have two real parties representing us. Similarly, I think that standards start out as a good idea, yet over time may start to become ineffective. For the most part standards committees never actually complete a standard, and the industry starts working from a ‘draft.’”

“In the golden age of Enterprise software sales, one of the last things an enterprise sales rep wants to do is hand over  software to a prospect. This was mainly driven by the fact that sales reps don’t want the prospect to “twiddle” with the software before they know how to guide the prospect to a decision that put money in their pockets.”

"Over the history of computing, we can trace a pattern of continuous decomposition, from a single system into disparate components. Early on, these individual parts made it easier to design, program and maintain systems, and meet the fast-growing demand for more power and more capacity."

And a few more honorable mentions from the b-roll...