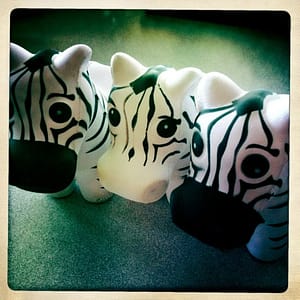 Every Friday we like to highlight some of our favorite posts on IT Operations, Cloud Computing, DevOps, Virtualization and anything else that grabbed our attention over the week. Here are some great articles from the week of May 7th that are worth taking a look at. Enjoy and have a fantastic weekend!

The federal government saved nearly $5.5 billion a year by moving to cloud services. But it might have saved up to $12 billion if cloud strategies were more aggressive, a survey of federal IT managers found.

Among the number of announcements under its “path to the cloud” banner at its Synergy show, Citrix Systems has launched Project Avalon, which it says “enables enterprises to transform some of their most important workloads, Windows desktop and Windows applications, to run on cloud infrastructure.”

Lessons from Citrix Synergy: OpenStack vs. CloudStack  by Floyd Strimling

This past week I had the privilege of attending Citrix Synergy 2012 in San Francisco California.  My intent was to explore Citrix’s strategy of mobile and cloud-based solutions while presenting the case for cloud monitoring at CloudStack’s Build a Cloud Day.  This was my first Synergy, and while I had relatively low expectations, I was excited by Citrix’s vision, solutions, and roadmap.

Open-source enterprise software provider Red Hat on May 9 revealed a strategy for offering its OpenShift platform as a service (PaaS) cloud operating system, which is aimed at becoming an alternative to current industry market-share leaders, such as VMware's vSphere, Microsoft Azure and NASA/Rackspace's OpenStack.

If a tree falls in your network, does anybody hear? by Kevin Nikkhoo

If you claim that the cloud is too risky, then one also must equally consider that adequate security of an existing on-premise  network, or lack thereof, could also be a root cause. If lack of compliance is the issue, then do some more homework…compliance in the cloud is real.

When IT consultancy OpenCredo set out to launch three new applications within seven months for a major insurance underwriter, it had three goals in mind: Trim development time from the usual years-long pace, allow for frequent changes from the client, and build a system that can handle unpredictable traffic spikes.

Removing the virtualization layer provides access to the power and performance that many cloud computing consumers seek.

Big data is an IT buzzword nowadays, but what does it really mean? When does data become big? At a recent Big Data and High Performance Computing Summit in Boston hosted by Amazon Web Services (AWS), data scientist John Rauser mentioned a simple definition: Any amount of data that's too big to be handled by one computer.

As El Reg told you it would a month ago, Hewlett-Packard today has opened up its HP Cloud Services public cloud – aka HP Cloud because by definition a cloud is a service, right? – for a full-on beta onslaught from John Q Public.

With the recent buzz around the OpenStack project, momentum behind open source cloud development is building. We’re now seeing an early ecosystem of companies and products built around OpenStack – a goal that Rackspace’s Lew Moorman laid out for the project when it launched two years ago.

SAP All-in-One applications will soon run in Amazon’s cloud. That could make Amazon EC2 more attractive to companies that worry about offloading crucial business applications from their own data centers.  SAP BusinessObjects analytics and Rapid Deployment solutions already run on Amazon — as do most of Oracle’s business applications.

This just in: Cloud computing is hard and takes a long time by David Linthicum

Cisco Systems has surveyed more than 1,300 IT professionals to determine the top priorities and challenges they face when migrating applications and information to the cloud. Guess what? It's harder, and it takes longer than many thought. 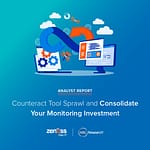 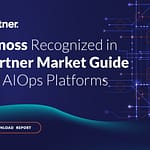