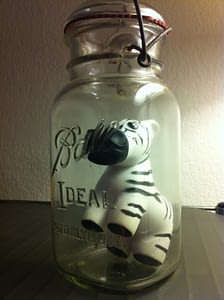 Every Friday we like to highlight some of our favorite posts on IT Operations, Cloud Computing, DevOps, Virtualization and anything else that grabbed our attention over the week. Here are some great articles from the week of May 7th that are worth taking a look at. Enjoy and have a fantastic weekend!

Openness is Winning in the Cloud by Libby Clark

As part of our ongoing focus on open source cloud, we talked with Mickos about Linux and the open cloud, the role of APIs and where open source cloud computing is headed. The interview is presented in two parts. In part two we discuss Eucalyptus’s business in more detail.

As open source cloud communities continue to mature, some say they are still far behind proprietary offerings. In the less than two months since Citrix gave its CloudStack software an Apache license, cloud providers are beginning to support the open source model.

The clouds have lifted at Oracle, one might say. In a series of briefings at the recent Oracle Industry Analyst World 2012, the software vendor set its sights on the cloud computing market, announcing a broad portfolio of products and services to enable public, private and hybrid clouds, in turn letting customers choose the right approach for them.

SpaceOps: How NASA Uses Agile Development in the Search for Life on Mars by Klint Finley

A forthcoming case study from Atlassian looks at Ensemble, a project jointly developed by NASA’s Jet Propulsion Laboratory (JPL) in Pasadena, CA and the Ames Research Center near San Francisco. It’s described by the space agency as: “a platform for the development, integration, and deployment of mission operations software that can be reconfigured or upgraded as required during the course of a mission.” In other words, it’s an agile software platform for rocket scientists.

As the role of cloud computing is growing around the globe, many CIOs and other senior IT decision makers are facing challenges with their existing network infrastructure -- to support the migration of their business applications to the cloud. A new international study by Cisco Systems revealed the ongoing challenges associated with public or private cloud deployments.

Making a Linux distribution is easy, and lots of people have done it and continue to do it. All you have to do is get the source code and integrate the pieces you like and slap your logo on it. Making a commercial Linux distribution that makes enough money to cultivate innovation and stability in the kernel is not so easy, however. Very few companies have done it, but Red Hat is one of them – and its Red Hat Enterprise Linux (RHEL) marks its 10th birthday today.

The CIO’s Critical Shift: This Might Hurt by Adrian Bridgwater

Talk of so-called "sea change developments" and "paradigm shifts" has long been rife among the IT media and the web's wider technology commentary channels.

3 winners, 3 losers in the move to big data by David Linthicum

The move to big data is afoot. Recently, Yahoo and Google both tossed their very big hats into the ring, and the cloud computing leaders are already offering access to big data services. It's becoming the killer application for cloud computing, and I believe it will drive a tremendous amount of growth in 2012 and 2013.

…OpenStack is tremendously promising but faces multiple challenges in the form of competition from CloudStack, the “staggering” rate of innovation of Amazon Web Services, the danger of Android-like fragmentation within the OpenStack community, and the technical challenge of delivering a “stable, flexible, and useable release that is ready for production deployments.