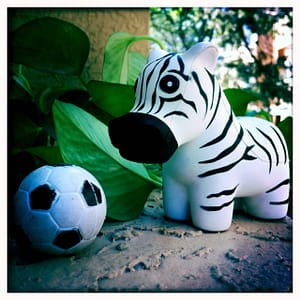 Every Friday we like to highlight some of our favorite posts on Cloud Computing, service orientated infrastructure, DevOps, and anything else that grabbed our attention over the week. Here are some great articles from the week of August 29th that are worth taking a look at. Enjoy!

“Telstra and Accenture have set up a joint cloud computing innovation lab in Melbourne to develop cloud computing products for customers in Australia and New Zealand. The initiative is part of the cloud computing alliance between Telstra Enterprise and Government and Accenture, signed in April 2010 but announced only in October that year. It also fits within Telstra's announcement earlier this year of plans to invest $800m in cloud computing in the next five years.”

Dreamforce 2011: Virtualization is not cloud computing by Jennifer Scott

“Virtualization is not the key to cloud, according to one of the industry's most well-known chief executives (CEOs). Marc Benioff, CEO of Salesforce, listed the merits of the technology and admitted to using VMware in his own corporate data centres, but, during a Q&A session at Dreamforce 2011, he said it wasn't cloud computing.”

How the Network Supports Cloud Computing by Jim Metzler

“As employees turn to new services, managers fret about the vulnerability of their data. Cloud computing has become one of tech’s biggest buzzwords…Corporate policymakers, though, have yet to fully embrace the cloud, fearing that the services may compromise proprietary data.”

Mapping applications to the hybrid cloud by Tom Nolle

“Most enterprises see public cloud computing as a cooperative technology in the data center; they'll cloud-source some applications, but not all of them. When building a hybrid cloud, the trick is knowing which apps to cloud-source and when.”

The Dragons of Cloud Infrastructure Integration by Loraine Lawson

You'd better move toward the 'cloud,' entrepreneurs by Rhonda Abrams

“Let's say it's the late 1990s. Advisers are telling you you've got to get on this thing called the Internet. You need a website, to be able to send files, and for gosh sake, you have to get email. (I wrote a column in 1997 saying exactly that!) Looking back, you'd say those advisers were right — the Internet was a fundamental shift in how business operates.”

If Netflix is right, Amazon already a cloud champ by Ryan Lawler

“OpenStack, a rival to Amazon’s cloud platform, has attracted tremendous developer and partner support since being launched a year ago, with big names like Microsoft, HP, Cisco, Citrix and Dell on board. But for it to win over huge clients like Netflix and convince them to switch over from Amazon Web Services, OpenStack has its work cut out for it. Or at least that’s what Netflix Cloud Architect Adrian Cockcroft believes, based on a blog post published on his personal blog.”

“Companies are increasingly moving their applications to the private cloud. But co-habiting the public cloud remains unappealing...Business seems to be switching on to the benefits of virtual computing: 37% of companies say they will migrate 61% or more of their applications to a private cloud environment in the future. But while cloud technology is constantly touted as the next big thing in IT, only 6% of companies are planning on moving to the full public cloud. Which suggests that concerns over security become even more real once applications move beyond a business’s own firewall.”

And a few honorable mentions from the b-roll…