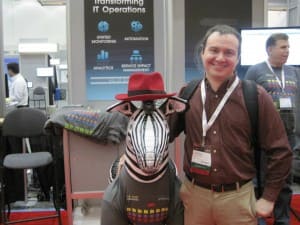 Every Friday we like to highlight some of our favorite posts on IT Operations, Cloud Computing, DevOps, Virtualization and anything else that grabbed our attention over the week. Here are some great articles from the week of June 25th that are worth taking a look at. Enjoy and have a fantastic weekend!

What amazes me is that many companies are talking or reading about DevOps but don’t practice it. They read about the benefits of having cross-functional teams and personnel who can come together and knock down organizational barriers, yet they continue to work in the same fashion.

Open-source software vendor Red Hat plans to acquire FuseSource, a developer of open-source integration and messaging software, in a move that will add to Red Hat's JBoss middleware product portfolio.

Anatomy Of An Open Source Acquisition: From GlusterFS To Red Hat Storage by Scott Merrill | TechCrunch

As with just about every Red Hat product, the core technology is open source and available for free to interested developers and users. Gluster remains a standalone open source product. The difference between Gluster and Red Hat Storage is primarily one of support: customers of the latter get the full breadth of Red Hat engineering support services to resolve any problems they might experience.

Whilst Cloud Computing is now well established as a route to greater flexibility, efficiency and capital expenditure reduction, not all organisations yet feel ready to transition their business critical applications to a cloud environment.

Big data analytics and the cloud: A hit or a bad fit for the midmarket? by Joe Corvaia | Cloud IQ

Cloud Expo 2012 might have ended last week, but the discussions on industry trends chatted about at the show are still going strong. One of the major takeaways from the show was the conversation about the place of big data analytics in the cloud.

Clouds for People, or the Consumerization of the Cloud by Anil Dash

Right now, there's no App Store for Amazon EC2. Today's just-announced Google Compute Engine isn't plugged in to Google Play, the Android Music and app store. Microsoft seems to be moving toward unifying the various Windows and Zune and XBox stores into one great super-store of content, but stuff that lives on the Azure cloud is a world apart. I don't think that's going to last.

Red Hat is gearing up to deliver products to build hybrid clouds in coming months, the company announced at its conference on Wednesday. Will they be cloud game-changers?

It's almost a certainty that Google will announce an enhanced IaaS offering at its developer conference this week in San Francisco. Most industry analysts, and yours truly, have been expecting this move -- and hoping it would happen. It will build on Google's existing PaaS product and Google App Engine, as well as Google storage services.

Cloud computing: 9 in 10 are positive on it, survey says by Andrew Nusca | ZDNet

Cloud computing is taking off, but IT professionals are still on the fence about it when it comes down to the details. A new Rackspace survey has the goods.

How to Pick a Cloud Computing Service by Erik Sherman | Inc.com

The cloud is cheap and easy to tap into--sometimes too easy. Make sure you get the right service and price with these tips.

Is There Any Choice in the Cloud? by Lew Moorman | Cloudline on Wired.com

Here’s a question. What if your computing needs outgrow the horsepower and features of your current stable of PCs and servers? Simple. You go buy better ones. Maybe try a different brand. And if you hate the new ones? No problem. Simply try another option. Or go back to the original. You always have a choice with hardware.

Read More »
PrevPreviousThe Need for Improved Visibility (and Why #MonitoringSucks Without It)
NextWrong Strategy: 5 Ways Not to Compete with Amazon AWSNext