Wrong Strategy: 5 Ways Not to Compete with Amazon AWS 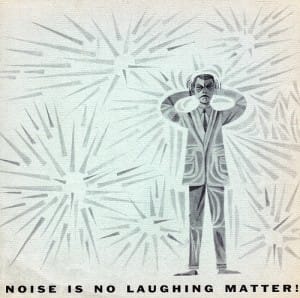 These days, it seems that the whole world is gunning for Amazon.  Who can argue with the success of their on-line retail ventures, Kindle franchise, and of course AWS?  The secret to Amazon’s success is their ability to tune out the noise and focus on innovating, disrupting and creating new markets.  Here’s 5 reasons how not to compete with Amazon AWS:

1) Imitation is the sincerest form of flattery

While Amazon’s competitors are busy building out their Cloud infrastructure offerings, they are too closely aligned to Amazon’s vision and business model.  Meanwhile, Amazon is innovating and disrupting their own market by offering new features while reducing costs.  Therefore, it seems that AWS is always one step ahead of the competition and thus customers continue to flock to their services.  Rather than copy Amazon, competitors need to focus on innovation, features and benefits for the consumers of the technology.

As an open source pundit, the notion of open is core to my beliefs.  However, most of the open cloud noise is really a rally cry against AWS and their APIs which have become the defacto standard in the industry.  Even more ridiculous is that the cry of Open Cloud is coming out of some of the most closed technology ever created and modeled after Microsoft’s empire.  I’m all for portability, but this notion of One Cloud doesn’t work in a world that is fueled by competition and revenue generation.  Worse yet, the message may be resonating within the technical elite, but most customers will find this a non-issue a la Apple’s products.

Speaking of open source, one cannot attend an open source conference or meet-up without hearing about the OpenStack project.  With the addition of both IBM and Red Hat to OpenStack, the project is definitely riding a high but beware of the lessons of the past.  Unfortunately, technology alone isn’t going to unseat Amazon AWS, and marketing OpenStack to the Enterprise and broader technology consumer is an uphill battle.  After all, does anyone care what the underlying technology of your IaaS provider is other than the technical 1%?  OpenStack is an enabling technology that can be modified to provide disruptive and innovative feature sets but it's not the smoking gun that some have hoped.

Don’t forget that Amazon AWS was born out of necessity as it hosts Amazon’s on-line retail ventures.  Therefore, Amazon isn’t merely a purveyor of the technology; they are one of the biggest customers.  This model gives Amazon a strategic advantage as the innovation starts from within and is shared amongst all their customers. While others have tried to duplicate this focus, no one has come close until now.  Google’s Compute Engine is born of the same necessity of Amazon’s and perhaps, over time, will give Amazon a run for their money.  However, Google must prove that they are serious about this market and will provide the necessary innovation, support and features that the market demands.

While Amazon is focused on the public cloud, private and hybrid clouds are continuing to gain momentum.  For a short time, it looked as if private and hybrid clouds would be a safe haven for vendors to defend against the Amazon invasion.  However, Amazon has thrown a wrench into those plans and has partnered with Eucalyptus, providing customers with a private IaaS platform that maintains high fidelity with AWS and facilitates the hybrid cloud model.  Amazon, through Eucalyptus, looks to provide new levels of disruption and interoperability within hybrid clouds giving customers a viable alternative to other proprietary solutions.  In other words, VMware’s vCloud has some serious competition coming from the opposing direction.

Whether you love them or hate them, Amazon is a dominant force within cloud computing.  Rather than attempt to tear them down, competitors need to innovate, disrupt and provide unparalleled features and benefits to the marketplace.

Of course, they’ll need to do this in the face of Amazon’s relentless pursuit of innovation and cost reductions.