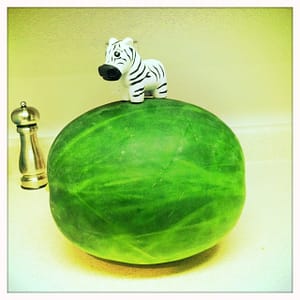 Every Friday we like to highlight some of our favorite posts on IT Operations, Cloud Computing, DevOps, Virtualization and anything else that grabbed our attention over the week. Here are some great articles from the week of April 15th that are worth taking a look at. Enjoy and have a fantastic weekend!

In the 25 years since Richard Stallman wrote the GNU General Public License, free and open source software (FOSS) have become pervasive in computing: Linux, Apache HTTP Server, MySQL and more can be found in large numbers of enterprises across the globe. And open source is now increasingly undergirding cloud computing as well.

Today at OpenStack Summit, Puppet Labs announced a set of modules for deploying and maintaining the open source private cloud system OpenStack. The free modules will work with both the free version of Puppet and with Puppet Enterprise. Puppet already supports Amazon Web Services and VMware, so an open source alternative is a welcome addition.

Cloud infrastructures 'an asteroid belt' to navigate by Chris Mayer

It's an exciting time to be in IT in general as we are seeing breakthroughs across the board.  From solid state drives to falling price of memory to powerful compute platforms, to new network paradigms, it's simply an amazing time. Within "Cloud" specifically, the pace of innovation and competition is driving a revolution that is breaking down traditional silos while offering unprecedented agility that enables both traditional and nontraditional business models to thrive.

The Origins of Splunk by Klint Finley

Today “operational intelligence” vendor Splunk officially announced its IPO. In a video interview with Dell’s Barton George, Splunk CTO and co-founder Erik Swan explains the origins of the company and how it went from being a complicated dashboard product to being the “Google of machine data.”

Just how big is the Amazon cloud anyway? by Barb Darrow

Everyone knows Amazon’s cloud is huge. But many want to know exactly how huge it is. The latest to try is Deepfield Networks, a stealthy startup that worked with unnamed “network provider research” partners to figure out how much Internet traffic flows into and out of Amazon’s cloud. It found that 1/3 of all Internet users hit Amazon-based services at least once a day and that 1 percent of all web consumer traffic is moving either into or out of Amazon’s cloud.

Cisco Systems Inc. has confirmed that Insieme...is working on software-defined networking (SDN) and that the project is, indeed, another spin-in from former Cisco executives. CEO John Chambers confirmed Insieme's existence and purpose during a press roundtable at a Cisco partner event Tuesday, Network World reported. The investment in Insieme is US$100 million so far and will max out at $750 million.

Sizzling open vs. proprietary debate heats up the cloud by Brandon Butler

Rackspace Hosting, one of the contenders in the fight to take on Amazon Web Services division and Citrix as the dominant public cloud provider and a co-founder of OpenStack, announced the launch of world’s first large scale next generation cloud based products powered by OpenStack technology. The new offerings feature enhanced cloud solutions such as Cloud Database, Cloud Servers, Cloud Network, Cloud Block Storage, Cloud Monitoring, Cloud Panel and OpenStack API.

Cloud computing has a lot in store in terms of future job creation. It is anticipated that cloud computing will lead to a generation of an estimated 14 million novel job opportunities across the world in the span of the coming three years. Surprising enough, the scope of the fresh jobs may extend beyond the IT sector.

Red Hat, Inc. is the clear leader in the Linux market. It has the strongest, commercially supported Linux distribution and the best-performing virtualization solution for servers and desktops. It is the first billion dollar open source company in the world and is the most successful Linux company thanks in part to its dedication to the open source community and free software. Red Hat Enterprise Linux (RHEL), its flagship Linux product, is the one to watch in the data center for enterprise-level workloads including databases, application delivery and virtualization.

During a series of analyst briefings this week, Oracle has provided additional details of how it plans to play in the cloud moving forward. The overall strategy is an ambitious one that features software (SaaS) and platform (PaaS) offerings, along with social collaboration tools, all leveraging the legacy database management systems that have made Oracle one of the biggest tech companies in the world.