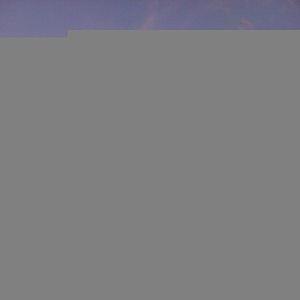 Every Friday we like to highlight some of our favorite posts on IT Operations, Cloud Computing, DevOps, Big Data and anything else that grabbed our attention over the week. Here are some great articles from the week of March 4th that are worth taking a look at. Enjoy and have a fantastic weekend!

Zmanda provides its flagship network backup suite, Amanda Enterprise, as the connecting software, and Google chips in with its cloud storage capacity. Open-source network backup software maker Zmanda and Google have shaken hands on a deal to offer a new cloud data-backup service.

When Intel launched its "transformational" "Nehalem-EP" Xeon 5500 processors for two-socket boxes three years ago, Cisco Systems picked that moment to jump into the server racket and got pole position on the announcements. It's three years on now and while Cisco is not yet a tier-one server maker, it has built a business with a $1.3bn annual run rate and now 11,000 customers and has to be taken seriously. And, it can lay back a day or two and wait for the roar to die down about a new Intel processor to talk about its new machines that make use of it.

Microsoft has released as open source a program that helps users link different Windows applications in a single workflow. The program, called Mayhem, has been donated to the Outercurve Foundation. Developed by Microsoft's applied sciences research group, Mayhem allows people with no programming skills to link together different Windows programs to carry out tasks across programs.

It's early March, and it seems there are several Big Issues emerging this year. They're all connected, and whether addressed singly or as a whole are making things absolutely maddening for IT managers, technology developers and marketers, and worst of all, me.

Amazon Web Services (AWS) is offering a new type of virtual server instance atop its Elastic Compute Cloud service. The new “Medium” instance isn’t as powerful as the service’s Large instances, but it’s cheaper, and it’s more powerful than the low-end Small instances.

Virtual appliances are binary files representing the complete and fully configured state of a server. They are a popular approach to the deployment of application software in virtualized data centers as well as in public or private clouds, because once the "golden master" is created, deployment of that server state is fast, easy, and repeatable. However, there are significant disadvantages to the use of virtual appliances. Model-driven deployment is a new approach that largely eliminates these issues, better matches today's fast-moving, agile environments, and takes full advantage of the flexibility of virtualization and cloud computing.

Has Cloud Put a Dent in the Data Storage Market? by Nicos Vekiarides

While many would say it’s not a matter of “if” but “when,” this week has sparked some storage industry experts to ponder whether the high-margin data storage market is beginning to feel the impact of cloud adoption. To elaborate, let me direct your attention to two of this week’s announcements.

The idea of cloud computing usually suggests vast server and storage resources delivered by external providers. The benefits, we are told, are legion: you pay only for what you use, you scale up to what you need, procurement costs are minimal, operational overhead reduced, and so on.