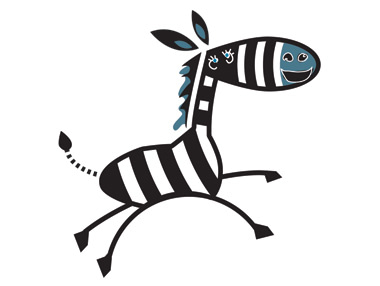 Every Friday we like to highlight some of our favorite posts on Cloud Computing, service orientated infrastructure, DevOps, Big Data, and anything else that grabbed our attention over the week. Here are some great articles from the week of January 30th that are worth taking a look at. Enjoy and have a fantastic weekend!

AppFog Founder and CEO Lucas Carlson isn’t shy about touting platform-as-a-service as the ideal way for developers to access cloud computing resources, but he isn’t blind either. Although PaaS has been around for a couple years now and has already spurred hundreds of millions in M&A spending, Carlson knows it’s nowhere near the mainstream yet.

Word is that Red Hat refused to sign on to OpenStack when it was announced, because it didn't like the governance model. Red Hat also has its own cloud management software projects. But the company that once dismissed OpenStack seems to be coming around. Look closely at the OpenStack community and you'll find quite a few Red Hat engineers, including some that have become core contributors to OpenStack projects.

In October 2010, Microsoft started working toward making the OpenStack open source project compatible with Microsoft’s Hyper-V virtualization software. The project now seems to be hitting a snag—much as Microsoft’s submission of Hyper-V drivers to the Linux kernel once did—but Microsoft says it is committed to making good on its OpenStack promises just as it did with Hyper-V and Linux.

Cisco believes that the future includes a rapid rise in network use driven by new access devices, greater use of non-structured data and is responding by launching enhanced network switches.

Ever since human beings landed on the moon, the state of technology in government appeared to be on a downward slope. Never mind that it was really the U.S. Government that facilitated the original Internet; in public sector offices, the state of computing started lagging behind the private sector ever since IBM mass-produced the microcomputer.

The Great Disk Drive in the Sky: How Web giants store big—and we mean big—data by Sean Gallagher

Consider the tech it takes to back the search box on Google's home page: behind the algorithms, the cached search terms, and the other features that spring to life as you type in a query sits a data store that essentially contains a full-text snapshot of most of the Web. While you and thousands of other people are simultaneously submitting searches, that snapshot is constantly being updated with a firehose of changes. At the same time, the data is being processed by thousands of individual server processes, each doing everything from figuring out which contextual ads you will be served to determining in what order to cough up search results.

The Gartner survey founds the fact that almost a third of BI platform users surveyed (27 percent, to be exact) are using or planning to use the cloud / SaaS to expand their business intelligence capabilities in the next 12 months.

Which cloud is the right cloud? It depends. by Ed Sarausad

This year has been a rough year for the cloud. We’ve seen the biggest names including Amazon AWS, Google AppEngine and Microsoft Azure demonstrate the challenges in delivering on the promise of “always on” utility computing.  Imagine the world’s brightest engineers with massive budgets empowered to capture a piece of the $148 billion cloud market.  It’s definitely not for lack of effort and resources.  Nonetheless, we expect more.

Platform as a service (PaaS) is a core layer of the cloud computing architecture, and its evolution will affect the future of most users and vendors in enterprise software markets, according to Gartner, Inc.

There's a dirty little secret about cloud computing – the hottest, most innovative, most status-quo-disrupting technology on the market today: There is no such thing. Cloud computing isn't a technology, it's a metaphor.

Beneath all the Zynga games, timelines, likes and pokes, Facebook’s business relies on fast, reliable infrastructure. And infrastructure concerns figure heavily in the risks it faces as it goes public, according to Facebook’s newly released S-1 filing.