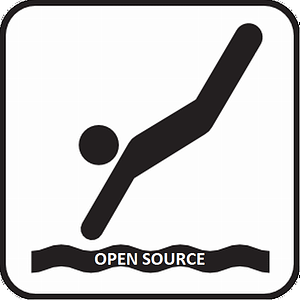 This was originally posted on the Zenoss Google+ Page. Go ahead, Circle Us!

It wasn’t long ago that the software giant Microsoft was on a path of self destruction (some think they still are) by pushing to shutdown anything to do with open source, internally and externally. It wasn’t a business model they were familiar with and it was hard to see how any value could be recognized. Closed source was the answer from their point of view. They even tried to squash virtualization of their operating system with a new license agreement that forbid virtualized installation.

The EULA reads, in part: “USE WITH VIRTUALIZATION TECHNOLOGIES. You may not use the software installed on the licensed device within a virtual (or otherwise emulated) hardware system.”

The backlash they received from this and many other missteps have forced this giant to adapt or be squashed themselves. They’ve seen desktop and server installation decline to open source alternatives and they have failed to make any headway into the hot tablet or the smart phone markets like the Google Android operating system has enjoyed.

But the giant is adapting to the changing landscape. They have made a serious move into the virtualization market with release of HyperV and made an even bigger commitment with the release of their cloud service Microsoft Azure. These two technologies are not open source but they do support installation of open source software, which I’m sure wasn’t always the plan.

The fall of 2011 Microsoft announced that it will not only adapt its server operating system and Azure to support the Apache foundations Hadoop but it will also contribute its work back to the community. They have awakened to the idea that users will move to profitability and sustainability in what ever way they need to and cloud offerings are making that easier and easier.

So from a software giant to a hardware giant. Dell is one of the leading computer hardware manufacturers in the world. They revolutionized the business by providing a stream lined low cost way to build computers. Their “leave it on the truck until it’s needed” process saved them millions of dollars in taxes which they passed along in affordable PCs. Dell is not known to be a software company but that has to change. The computer hardware business has become a commodity business almost over night. The value add from one vendor to another in most cases is focused on cost. One of these hardware giants has completely left this space to focus on developing their software and professional services business.

Late last year Michael Dell announced on Google+ that his company is committed to becoming a leader in software, that’s right software. Not just as a reseller but as a creator of Dell software. They plan to accomplish this with a series of acquisitions and the funding of internal software projects. One of those projects that I’ve been working with is called Crowbar has been released as an open source project.

Crowbar was born from the Dell CloudEdge Solutions team need to manage the automated installation of hardware and software for large data centers. When they set out their goal was to build a system that could deploy an open source OpenStack cluster in under 4 hours. What time did they achieve it in? 2 Hours. That’s from power-up, bare metal hardware, to a fully functional cloud service environment. How much do they charge for this software? Absolutely nothing! Now a cynical person may say “yeah but they get you with the hardware!”. That’s the cool thing, the Crowbar software works with any hardware. I’m currently running the software internally on an HP Proliant MicroServer inside a KVM virtual machine.

Why did they release this software as open source? Mr. Rob Hirschfeld, Principal Architect for the Crowbar project, has said it was an internal challenge to get it done and took some time to change the long standing closed source mindset. In the end the value that open source provides to the community and what the community can provide back to Dell is what ultimately made it happen. Rob also believed that most of the products that allowed them to be successful in meeting their goals, such as OpsCode Chef and OpenStack, were open source and to pour a proprietary closed source project over this would just be a bad thing. I strongly agree with Rob.

In the end these two industry giants have taken steps into the open source community. Microsoft was motivated to move just like SOPA and PIPA were killed, by the collective community deploying and supporting other technologies. Dell was moved by their realization that they have a lot to gain by leveraging the community involvement. No longer is open source for the super geeks and nerds doing one off hobby projects. The technology industry has been pouring big dollars and resources into major open source projects so the tides have changed.

The common thread here is the move to the cloud has provided the opportunity for these companies to reevaluate and redevelop their business model. It’s a do or die environment now when it comes to cloud and open source. This new wave in technology has also provided small startups with the opportunity to take on the big guys in a real big way. Big companies move slow and as much as they try they will not be able to offer the fluidity that startups can.