Home > Blog > Torn Between Two Zenoss(es): How To Choose the Right Solution for You [Webinar Recap]

Torn Between Two Zenoss(es): How To Choose the Right Solution for You [Webinar Recap] 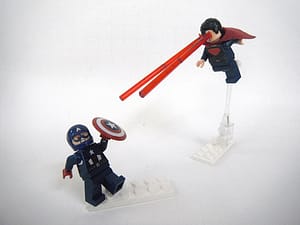 Perhaps in your rush toward Memorial Day weekend, you missed Zenoss’ recent webinar pitting the commercial version of Zenoss (AKA Zenoss Service Dynamics or ZSD for short) with its open source progenitor Zenoss Core (you can watch it at the bottom of this post). As was mentioned in our announcement post a few weeks ago, plenty of customers have wanted to know the differences between the two versions and figure out which version best fits their needs.

Zenoss invited Shane Scott, who is Global DC Infrastructure Zenoss Architect at Rackspace and one of the few ZenMasters in the Zenoss Core community, and Matt Maloney, a Senior Technical Product Manager at Zenoss to handle the play-by-play.

The Zenoss Core/ZSD comparison is similar to that of other open source-based software out there. When you buy a commercial license for ZSD, you’re paying for such benefits as:

Both Zenoss and Shane rated these categories on a scale from 0 to 4, with 4 representing the most complete feature set or lowest difficulty in using, depending on the category. Zenoss’ and Shane’s scores varied in a few areas. Shane gave Zenoss Core higher professional services and customer services ratings than Zenoss did, perhaps because he’s more familiar about the options out there. In addition to his job at Rackspace, Shane is an independent consultant who offers setup and ZenPack development services. And the Zenoss community, like most open source communities, has forums, support documents, and other help for those looking for it.

At the same time, both Shane and Zenoss gave ZSD a 4 rating for both categories because it’s much easier to call an 800-number than having to page through dozens of discussions within a forum or sift through a knowledge base.

Meanwhile, Scott rated Zenoss Core lower than Zenoss did for Scalability and Root Cause Analysis (RCA) citing several reasons for both categories.

For scalability, Shane saw a need for improving distributed collector documentation because there is always potential for regressions and the available documentation might not be caught up with the most recent version. But his biggest problem with scalability and Core is that Core doesn’t give you the level of functionality provided by ZSD:

Both Shane and Zenoss gave ZSD a 4 ranking for both Scalability and RCA.

To generalize, if you’re a small IT concern with fewer than 500 devices to monitor, Zenoss Core will probably suit your needs just fine. But as you start adding more devices and start dealing with scalability issues like unsupported network or server gear (among other concerns), you’re going to find Zenoss Core more problematic as a solution, at least in most situations.

Unfortunately, my recap doesn’t effectively address the core (as it were) problem of choosing the right Zenoss monitoring software for your data center. The webinar goes into detail about various category comparisons and includes several thoughtful questions from attendees; however, it sets up a false dichotomy. Sure, a multinational law firm with hundreds of attorneys and a gazillion devices probably will choose ZSD, if only for the legal risk mitigation and the guaranteed SLAs.

But Rackspace is a pretty big company in its own right. According to LinkedIn, Rackspace boasts over 5,000 employees and probably monitors a fair number of devices for its myriad service offerings, wouldn’t you think?

Why would such a large company use Zenoss Core for even a (large) portion of its monitoring? According to Shane, the cloud group has an exceptionally large number of Python programmers (Zenoss’ code is Python-based), and these programmers have built what he called “Frankenstein versions” of Zenoss Core to fit their needs. And despite the size and complexity of the “cloud” division, these coders don’t require the extras that come with ZSD like analytics or server impact analysis either because they’re not necessary for their work or because they can custom build them on their own.

The monitoring choices you make most likely will depend on whether your budget is geared toward people or products. If your business is small, your budget is minimal, or you are in a Rackspace-like situation, Zenoss Core may be the best bet. But another business, even a fairly small one, may go with, say, ZaaS because it’s more cost-efficient to pay for such things as 24/7/365 support than to hire several programmers.

Shane’s parting recommendation was not to fall into that “A or B, boy?” dichotomy trap that I felt myself defaulting to while watching the webinar. “Ask ‘What are my needs?’ before you do anything else,” he told me. “Too many people fail to ask that question, and that’s why it often takes them so long to come to a decision.”

So follow Shane’s advice and figure out what exactly you’re trying to do. And then listen to the webinar. People posted a bunch of smart questions that both Shane and Matt addressed and may well be similar to some of your own.

If you find your questions haven’t been answered, go ahead and post them in the comments section. I’d love to see this dialogue continue!