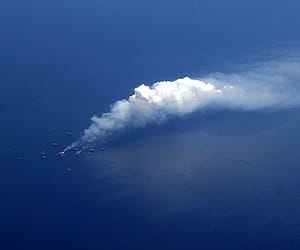 of having too many monitoring tools. Rather than focusing on the numbers, JP addressed the potential consequences that can result from not having a way either to get monitoring tools to work together or being unable to glean actionable knowledge from the firehose of data gushing through these various monitoring pipelines.

And JP used a harrowing example to prove his point. According to the National Commission on the BP Deepwater Horizon Oil Spill, all the information needed to prevent the explosion of the Deepwater Horizon rig had been reported on its event console:

In other words, the 11 deaths on the rig, the destruction of wildlife habitats, the ruination of hundreds of fishing- and tourist-based livelihoods, and the health consequences for humans and animals alike could have been prevented with better monitoring tools. Better monitoring tools. Just let that sink in for a minute. If this was true three years ago, it is even truer today as the data we collect grows exponentially in amount and in complexity.

According to JP, the Commission even recommended in its report that BP et al needed to buy monitoring tools that do a better job of managing events. But as JP then pointed out:

Why? Because monitoring tools alone won’t bring about a solution. Even if your monitoring tools were able to work together in a coherent fashion (although the Forrester study shows that this is rarely the case), you’re still going to have potentially catastrophic problems if the various departments of your IT organization don’t share a common language to respond to these so-called events.

After this webinar, I spoke briefly with Deepak Kanwar of Zenoss about the themes JP brought up, and Deepak reminded me about Avianca Flight 52. This Colombian airliner crashed outside of New York City back in 1990. The official reason? The plane ran out of fuel. But plenty of planes running out of fuel have made safe landings. The ultimate cause for this plane’s demise was a language barrier.

In trying to secure priority landing, the Colombia-based flight crew told the Air Traffic Controllers that they were running out of fuel, but never used the word “emergency!” The English-speaking air traffic controllers who are used to every plane “running out of fuel” didn’t realize the plane was in trouble until it was too late to prevent the crash. Without the use of the key word “emergency” the context was simply not there.

JP spoke of a similar “language barrier” between the various IT departments and the monitoring tools used within these departments:

This blog has harped on the need to break down the walls of confusion among IT silos for quite awhile, but this need becomes critical as complexity within data centers becomes too great for even a “genius” human to organize in a way that can be understood and acted on. Hopefully this communication disconnect won’t lead to death and environmental devastation as it did for BP, but you do risk inconveniencing your customers and ultimately crippling your business, which is painful in its own right.

I realize I’m really pushing doom and gloom scenarios to prove my point. But every time your most critical business application unexpectedly goes down, you face losing beaucoup bucks caused by customers who can’t access that app and by having to divert IT professionals from their normal tasks to resolve the problem. As JP noted:

But better tools are only as good as the people who use them. For his part, JP worries that IT professionals are too reactive when tackling these seemingly intractable problems:

JP also brings up a point that I haven’t seen discussed elsewhere (although if you have, please post in the comments!) that too often is overlooked:

This combination of reactivity and the need to CYA can hamper a good monitoring solution, even if you’re using the best tools out there. According to JP, that need for the latter has a lot to do with lack of trust between the different silos:

Scenarios like the one described by JP leads to multiple tools that perform much of the same tasks in a language that people in a given silo understand but that doesn’t translate across multiple silos, let alone provide consistent information. But as I’ve already discussed, most businesses can’t afford to take these approaches. I doubt anyone who worked on the IT infrastructure for the Deepwater Horizon rig is going around saying, “It’s not my fault. I work in application development!” Ultimately, you are part of your business, and for the sake of that business, as well as others, it’s time to change “Not my fault,” to “How can we work together?”

If you want to drill deeper into this topic, I highly suggest watching this webinar below, which is now on Zenoss’ YouTube channel.

Read More »
PrevPreviousDriving Efficiency with Converged Infrastructure
NextTorn Between Two Zenoss(es): How To Choose the Right Solution for You [Webinar Recap]Next