The Business of IT Operations – or The Necessary Evil of Analytics 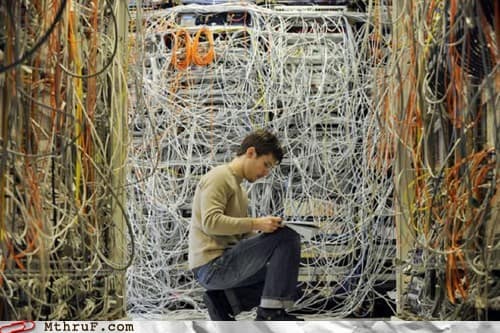 While I never had the privilege of working in IT Ops, I began my career working with “those bearded, sandals-wearing UNIX guys”, who were the untouchable gurus of their organizations. Man, those were the days! That description wasn’t by any means derogatory, as my own software company was full of them, and ‘the Grateful Dead’ coming to town was cause for our little company to shut its doors. We admired and respected “those bearded, sandals-wearing UNIX guys”, because they had the kind of latitude and pull that enabled them to dress like they wanted, and march to their own tune, while the people in other departments robotically did their 9 to 5, while stuffed in suits. Sadly (and that’s my own opinion), those days are gone. I blame the change of this lifestyle on one word – “metrics”.

Yes, metrics have proliferated so much of today’s workforce, that even us Marketing types are bound to it.  Gone are the days when IT Ops was untouchable, because nobody tried to understand what it was that they actually did. In those days, “the suits” only ventured down there when something went really wrong (eg. We can’t get to the accounting system), at which time those respected “bearded, sandals-wearing UNIX guys” could throw out some technical jargon, which would make “the suit” retreat back to his or her safe place. About the only metrics that seemed to matter then (again, my outside opinion) were uptime, and budgets. Now, however, metrics are everywhere.

So, IT Ops is increasingly finding itself in executive meetings, with PowerPoints tracking the success of their efforts – often, justifying their own existence. While “the Suits” in the room might not truly understand what those metrics mean, IT Ops is now important enough that they sure do make an effort to do so. And “the suits” are constantly trying to translate those metrics into a language they’ve been trained to understand – what is the return on our investment?

And the problem that many IT Operations teams are struggling with, from discussions I’ve had with them, is that maintaining these metrics requires an excessive amount of overhead. And this overhead is because MOST IT OPERATIONS TEAMS MAINTAIN TWO SETS OF BOOKS.

1.        They have no real reporting & analytics system (eg. One that’s comparable to other BI systems in their orgs) for IT Ops
2.        If they do have a BI/ETL system, it’s not well integrated with the rest of their monitoring & management systems
3.        Their analytics systems is integrated with some, but not all of their monitoring & management systems
4.        If it is integrated, the ETL process is tedious, and the system is woefully out-of-date. Again, IT Ops needs near real-time data, and “the suits” want to see monthly or quarterly data.

There will always be a disconnect Making the exercise of producing these reports seems like unnecessary overhead, until the BI/Analytics system is tightly-bound with the monitoring & management systems it is supposed to be collecting from. Unfortunately, this often requires extensive development from ETL experts, rendering a system that is then highly customized and brittle. No, the best way to accomplish this (maintaining one set of books) is by adopting a unified platform, in which it is assumed that the BI/Analytics component will always be integrated with the monitoring component. That’s why Zenoss built Service Dynamics. Yes, a system that delivers the type of predictive analytics that “the suits” demand, while giving “those bearded, sandals-wearing UNIX guys” the type of visibility they can act upon.

And yes, I do hope to wear my sandals to work, once we break 100 degrees here in Austin… 😉