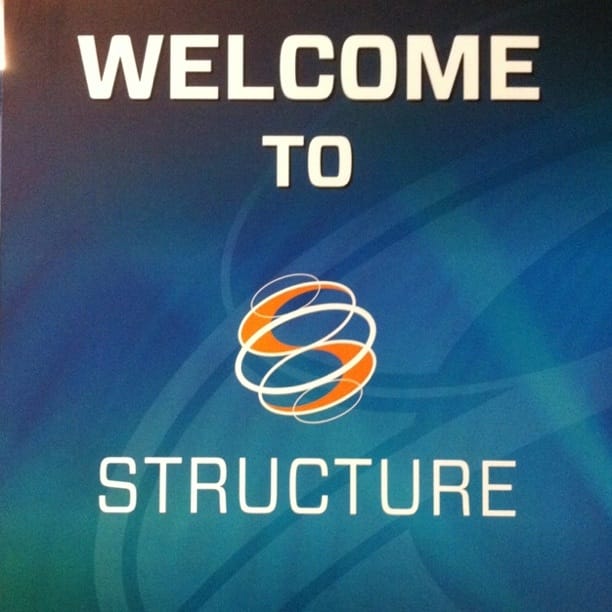 For the sake of full disclosure, this is the first Structure conference that I’ve attended. From the moment I arrived at GigaOM’s VIP Welcome Reception, I knew this was going to be a unique and interesting experience. The room was filled with everyone from industry stalwarts to niche start-ups hoping for greatness. Most importantly, there was an honest exchange of ideas and challenges that was most refreshing and carried into the first day of the Structure conference.

What is clear to me is that within the technical elite, the 1%ers, there is a growing excitement with an undertone of impatience with Cloud computing. As Simon Crosby, former CTO Datacenter and Cloud Division of Citrix Systems, “the barrier to cloud adoption is humans.” He followed that up later in his talk with, “Apps for the cloud need to start from scratch.” Yes, I’m still grinning from ear to ear as I’ve been researching the ramifications of both as it relates to the entire IT industry.

There is a disconnect between the 1%ers and the CIOs of the industry. The 1%ers feel that Cloud computing is ready for primetime and the benefits outweigh any concerns. However, many CIOs are worried, and are on the sideline preferring to build private clouds while either experimenting or taking a wait-and-see approach with public clouds. For Cloud computing to succeed, it must crossover from the hip young companies to the legacy enterprises. Furthermore, it has to be about moving real infrastructure to the Cloud and not just working on “special projects” or development in the Cloud.

As always, Werner Vogels, CTO of Amazon.com, captivated the audience. The growth rates of Amazon’s Cloud business, and their rate of innovation are breathtaking. What’s awesome about Amazon is that they continue to blaze their own trail rather than simply react to industry trends and niche providers. Only a fool would discount the power and thought leadership of Amazon, and the traditional service/hosting providers need to get moving a la Rackspace with their OpenStack movement before its too late.

Finally, the 1%ers are all about “Open” and catering to the needs of the development community. You hear about OpenStack, OpenFlow, Open Compute, Open Virtualization, and more. The problem was clearly articulated at the “Future of the Cloud session” as Michael Skok, General Partner North Bridge Ventures, remarked “interoperability of the Cloud and Vendor lock-in” are diametrically opposed. Let me put it this way, Cloud computing may be a technological/development revolution, but someone has to make money. Paraphrasing Paul Maritz, CEO of VMware, “I’m very proud that VMware has generated $1 billion of free cash but remember that Microsoft generates $1 Billion of free cash a month.”

One last thought, while this exchange of ideas is wonderful, there is also plenty of positioning and jabs being thrown. Vogels referred to a different kind of VCE (VMware, Cisco, EMC) as Very Costly Engineers. He also remarked on the sheer dominance of Xen as compared with the enterprise that is dominated by VMware. When asked about his competitors, Maritz notably left out both Citrix (Xen) and Red Hat (KVM). Facebook took a friendly shot at Dell when they insinuated that Open Compute is a threat to Dell’s business.

Overall, it’s a wonderfully stimulating conference, and there are many challenges to overcome before Cloud computing dominates the industry.