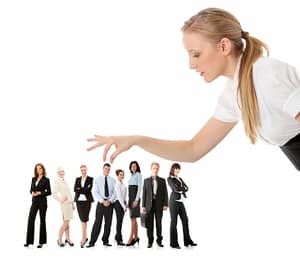 My college roommate Sue does not believe in IT utopia. She’s skeptical about Cisco UCS and converged infrastructures in general. She’s concerned about taking on what she views as increased complexity. So how is a modern IT manager to find people that want to take on FlexPods, Vblocks, or other “all-in-one” systems? What’s the best way to identify operations folks who can and will bridge the gaps between domain silos?

Only the luckiest IT manager can just go spend zillions to poach the few specialists, who, ironically, are specialists because they’re also generalists with the ability to talk storage, virtualization, and networking with ease. It’s the IT equivalent of finding someone who is fluent in English, Russian, and Arabic. I knew someone in college with that ability, and not surprisingly, he is a very rich man...

Definite patterns are emerging as Zenoss has been investigating what’s working (and what’s not) at converged infrastructure shops.

With all the hype around converged infrastructure, everyone seems to forget about the staff portion.

A Systems Architect states bluntly that:

It has been difficult to find resources with the skill-set to cross all the silos of the new converged infrastructure.

A new emphasis on planning and training (or cross-training) is surfacing, too. An IT Manager described it like this:

We have always wanted to have fewer admin silos (Server, Storage, FC networking, IP networking, Backups, etc.) and we are nearly at the point where any admin can perform all of these functions.

An IT Director describes his org chart this way:

Comments like the above often made use of terms like “converged skillset” and “converged staff,” but I did NOT find such terms used explicitly in the by-no-means-scientific survey I did on Indeed & LinkedIn Jobs. There, I typed in “FlexPod” & “Vblock,” and found many postings where experience with this kit would be “an asset” or “a major plus!”

During my targeted “job search,” I ran across a posting for a Systems Engineer at a law firm local to me (but I’m sure serving national - if not international – clients). In this case, expertise in FlexPod and Cisco UCS was “highly preferred.” I contacted the IT Director of this firm, “Ben,” to gain some insight into some of the aforementioned staffing challenges.

Ben told me his firm is deploying a new primary offsite data center to handle the firm’s massive data store. The firm already is invested in VMware and NetApp and wants to set up this new center with architecture that is “purpose-built” for the firm’s needs.

But Ben said landing a qualified engineer with Cisco UCS and FlexPod experience was unlikely because the few people who can boast this type of background “are not going to take a staff position at a law firm...when they can make way more money working for Cisco or a Cisco reseller.”

At the same time, this position does require someone well versed in skills related to FlexPod. Candidates must have a minimum of 5 years experience as a VMware virtualization engineer, the ability to deploy Windows 2008 servers, and plan disaster recovery strategies, among a zillion other skills.

The Same But Different

So I asked Ben whether the firm’s job description for a “Systems Engineer” had changed as a result of its anticipated move to a converged infrastructure. Ben said the job requirements haven’t changed, nor was his firm seeking to replace the previous systems engineer with, say, someone with a development background who might handle the same processes from a different angle.

At the same time, Ben acknowledged that the requirements of the job are evolving:

This is our first opportunity to hire someone in this area because [the previous systems engineer] left. We’re merging storage and server [roles] together just by the nature of the FlexPod infrastructure, and networking is still separate but is in the process of becoming integrated. It only makes sense to shoot for someone with a broader, deeper understanding of complementary roles within the organization.

I thought back to the Sue’s concerns. Ben’s expectations sounded fairly utopian to me. I mean, how do you find somebody who doesn’t have the Cisco UCS background but who, for lack of a better description, is the human equivalent of a FlexPod?

So if you can’t land an engineer with the preferred FlexPod experience, how does an organization like this law firm go about landing someone to run a new FlexPod architecture, among other things? Are you going to offer training? Will you partially outsource some tasks to Cisco?

Ben said training and collaboration with Cisco and its resellers are all parts of his plan. He also pointed out that anyone with at least 5 years experience as a VMware engineer won’t find it that huge a leap to run a FlexPod:

Hybrid private clouds is what [people] are building, whether you’re using Cisco or HP, NetApp or EMC. It’s the same basic environment, and we already use Cisco for networking. All we’re doing is moving toward something that’s purpose-built and more closely aligned to our needs. I mean we’re not curing cancer here!

Preparing for the Future

Ben’s last comment made me laugh. I’d been so focused on the potential complexities that tend to accompany new technologies I failed to put this particular situation in context.

The circumstances at Ben’s firm don’t invalidate Sue’s concerns. Not everyone can ditch old architecture for a converged infrastructure. But for some organizations, like Ben’s firm, the move seems logical and evolutionary, rather than revolutionary. And if I were a VMware virtualization engineer with 5+ years experience, any job where I could learn how to run a FlexPod (let alone do so in a greenfield situation) - well, I’d jump on it. Wouldn’t you?