HPE’s Acquisition of Simplivity and the Business of Change 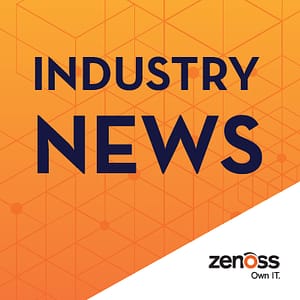 The technologies that drive IT will change over time. That’s a given that everyone in the industry knows to be true. However, there’s another aspect of the technology space where change is just as certain, yet isn’t always considered, and that is with the technology providers themselves.

One need look no further than the blockbuster acquisition of EMC by Dell (who themselves have been both close business partners and bitter rivals over the years) to know that movement, reinvention and transformation are the norms for our industry. Hewlett Packard is another clear example of major change within an industry stalwart.

In 2015, Hewlett-Packard split itself into two separate businesses - computers and printers, and enterprise hardware and services. Then last year HPE (the enterprise side of the split) spun out its services business, immediately following that move by announcing that it was also spinning off its enterprise software business to Britain-based Micro Focus International. All this, it seems, to focus more exclusively on hardware. An idea that gained additional clarity this week when HPE announced the acquisition of hyperconverged data management vendor Simplivity for $650M in cash.

From the outside, the move is a logical one. HPE knows it needs to capitalize on one of the few remaining hardware segments where IT spend continues to increase. HPE also knows that the demand for hyperconverged systems (over traditional servers, storage and networking) is being fueled by enterprise IT’s need to be more flexible and emulate the services and speed of public cloud providers like AWS. Both of which are trends that seem highly likely to continue for the next several years. On the other side of the equation, with one of the only other major hardware providers (Dell) now looking more like a competitor (having added VMware and EMC-based VxRail to its arsenal), Simplivity clearly realized it needed the larger channel and customer base of HPE to continue to grow.

These types of acquisitions are not isolated to emerging technologies, either. In fact, during a recent webinar on Infrastructure Trends for 2017, Al Sadowski, research vice president for infrastructure services at 451 Research, brought up the numerous WLAN acquisitions that have happened over the past two years (Extreme Networks buying Zebra Wireless, Cisco acquiring Meraki, Juniper acquiring Trapeze, Fortinet picking up Meru Networks, and HP swallowing up Colubris, 3COM and Aruba), only to say that he believed 2017 would see even greater consolidation in the WLAN space.

So, what does all of this have to do with monitoring? Well, regardless of how your business is approaching digital transformation, from wholesale cloud migration to big bets on composable infrastructure, you will still need to monitor the systems and applications that actually provide your companies critical services. And that is where having a flexible monitoring platform comes in handy. You can’t always anticipate what new technologies will emerge or become crucial to your business, nor can you easily predict what might happen with the technology providers themselves, but you can prepare your monitoring practice for those changes by seeking out a platform that is open, extensible and customizable.

At Zenoss, flexibility is one of the cornerstones of our platform. However, we know we can’t always predict the future, either, so having multiple avenues for our customers to build their own extensions (including providing tools to simplify building their own) is how we ensure a “future-proof” monitoring solution that’s ready for today’s hybrid IT environments as well as whatever is coming next.