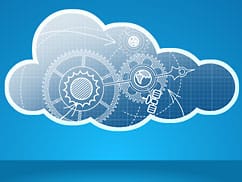 Every Friday, Zenoss highlights some of the best posts from the week. Here are some great articles they selected from 11/05/2012 that are worth taking a look at.

Disaster Recovery is an expensive task to think about, and it might be at the back of the mind if you work for a small or medium business. It’s almost an insurmountable mountain for many, with the costs of having an off-site replica being more expensive than many think.

Over the past two weeks, Tom Nallen introduced the concept and benefits of the Cisco Validated Design , then Laszlo Bojtos,  illustrated this concept with the Cloud Service Assurance for Virtualized Multi-Services Data Center 2.2 Cisco Validated Design, with a specific emphasis on the integration with Cisco Intelligent Automation for Cloud.

Jonathan Bryce may have started out as implementer of the original Mosso Cloud in San Antonio that became the Rackspace Cloud. But the new executive director of the OpenStack Foundation said the OpenStack open source project is the best way to avoid getting locked into a cloud vendor's operations.

According to a CIO survey by hosting provider ElasticHosts, "83 percent of companies are frustrated with having to cut through marketing hype to find out which solutions are genuine cloud offerings and which are merely conventional hosting services with the word 'cloud' added to the title." Good ol' cloud-washing in action!

Open-source software company Red Hat will increase its focus on the Chinese market and has plans to invest more into its research and development (R&D) and sales teams in the country. In a China Daily report Monday, Red Hat President and CEO Jim Whitehurst said the growing emphasis on China comes as IT spend and cloud computing technology are booming in the country.

As organizations move more of their IT infrastructure and applications into private clouds, they are entering into uncharted territory. The roadmap isn’t always clear, and it’s easy to make mistakes – mistakes that in hindsight look obvious, but which can be hard to predict if you lack experience with cloud infrastructures.

When cloud computing first emerged as the ‘next big thing’ five years ago, it was written off by some as a passing craze without any real substance. Today, industry analyst Gartner lists it as one of the four main forces transforming the IT landscape.

With 2013 looming, there’s continued buzz about the state of the cloud, especially since 2012 proved so instrumental in the evolution of cloud and mobility services. But this dynamic landscape is far from settling down. In fact, according to Gartner, public cloud services in the upcoming year will “simultaneously [be] cannibalizing and stimulating demand for external IT services spending.”