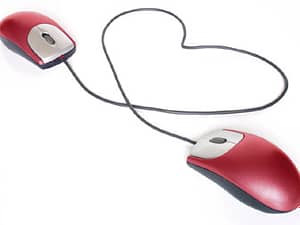 In my previous blog posts, I described how IT Operations is increasingly being asked for Operational Intelligence (Analytics) to both justify its existence and to be more efficient (eg. Capacity planning). We speak with a lot of IT Ops professionals and many of them say that they will likely work with their BI (Business Intelligence) teams in order to address their future analytics needs. I’ve developed a great deal of respect in working with both BI and IT Ops teams over the past couple decades; but I think the idea of BI teams owning analytics for IT Ops is a very bad one. While I’d have no problem with them dating one-another, I do not think they should marry! Frankly, I think such a marriage would be a miserable one with both sides desperately wanting a divorce. Here are five reasons why that marriage is doomed:

Reason #1 - BI’s numbers are more important than yours

While a case can be made that your real time operational data (eg. Current Status of a service) is as important as the numbers that those BI guys crunch, your Operational Intelligence (OI) analytics will never be as important as theirs. You’re looking at analytics to report status to management and increase efficiency; they’re looking at analytics to ensure that they can make payroll.  This is why their warehouse has been deployed since it was a physical warehouse, while your analytics project is still getting pushed back on your to-do list.  When trying to get those BI guys to do something for you, you’ll always be treated like a second-class citizen. You will always have to “take a number”, getting accustomed to just about every other group’s analytics needs trumping yours.

Reason #2 – BI’s numbers are more expensive than yours

Because of #1, those BI guys have invested a heck of a lot of cash and sweat in their systems. How much do you think they’ve invested in that TIBCO-Hyperion-Informatica-etc. solution they’ve built? Think for a second, how much will your additional data & processing overhead add to the cost of that mission-critical, clustered, three-site replicated behemoth? As I doubt those guys are sitting around at 50% utilization, your needs are probably going to require them to grow their footprint. Quick, where do you think that budget will come from? I’ll bet that firing up your own analytics system will cost half… no, 1/10th of what additional capacity on theirs will cost.

Business Intelligence guys think in terms of Extraction, Transformation, and Loading (ETL). While some of them do work on Data Integration projects that require near-real time communications across disparate systems, you’ll likely be crunching numbers from their warehouse – and that warehouse is mostly fed by periodic (eg. Nightly) batch updates. The BI guys are mostly concerned with business questions like how much money did we make across all of our locations yesterday. Whereas you’ll be concerned with things like how does the increase in email users, at 9:05am on Mondays, impact our MS Exchange/MS AD/Cisco Switches/etc. So, they’ll likely be resistant to extracting your stuff, at the frequency you need it. If you want to load the volume of data that you really need into their extremely expensive warehouse, it will cost you dearly. And yes, they may stand-up a dedicated warehouse just to suit your needs. But if it’s anything like the one they already use and are familiar with, it will cost more than you can afford.  So you can choose between having too little data, and having dramatically overpriced data.

How many days of endless WebEx and face-to-face meetings do you think it will take to get those BI guys to build that SLA Attainment Projection Analysis, just the way you want it? Extraction and Transformation are tough because they’re technically challenging. Transformation is tough because of the human overhead. I’m not saying those BI guys aren’t smart, but how much time do you want to invest in translating your operational needs?  Don’t let anyone fool you, it will take a while for one of your operators to get up to speed on transforming your mountain of data into operational intelligence. However, having a user who understands both the reporting system and the business is invaluable. Really, it’s worth investing in this expertise in-house.

Reason #5 – Use your Intelligence, Operationally

How cool would it be to have both tactical and strategic reporting, on the same system? Shipping your Operational Intelligence load off to those BI guys will inevitably lead to your team working with two sets of books. By keeping the entire system integrated, your team will all be on the same page. You’ll be able to better map day-to-day operations, against long-term objectives. You’ll be more responsive, as your operators will have insight into current and historical performance, at-a-glance. You’ll be free to do more than just report numbers and be able to proactively avoid issues, using historical performance and health data.

Imagine a world where your OI system could actually help you to proactively avoid outages by correlating performance & health with usage trends?  If the end-game for your IT Operations Analytics initiative is just about justification (eg. You want to produce pretty graphs for management meetings), any old analytics package might do. But, if you want your frontline IT Ops staff to actually benefit from all that data, you need to ensure that it’s integrated with your operational monitoring system. It will have to be owned by IT Ops.

Just do it, yourself.

Could those BI guys do a good job of building you an OI system – yes! But:

Wrapping things up, it makes more sense to buy/borrow a head or two from the BI team, and have them build the OI system for you. But make sure that it’s your system, and that it meets your needs. Furthering that idea still, buy a monitoring platform that includes OI capabilities – and by OI capabilities, I mean a serious warehouse & great Transformation tools. In doing that, you won’t have to worry about those pesky “E’s” and “L’s” and your operators will be able to do a better job with #5 (using the intelligence operationally). Most importantly, you’ll be better off keeping OI in-house either way.

Who knows, maybe someday these teams will be ready to tie the knot, but until then, keep working together to build a strong level of trust and never stop communicating.