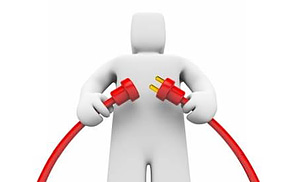 Remember when Twitter went out for 40 minutes last July? Twitter was so contrite that it posted the following statement:

“The cause of today's outage came from within our data centers. What was noteworthy about today’s outage was the coincidental failure of two parallel systems at nearly the same time...We are investing aggressively in our systems to avoid this situation in the future.”

Glitches like this have consequences – many of which aren’t immediately obvious, and often aren’t public. Many are much more serious, because their business value is more intense for any one customer. I can think of four cautionary tales right off the bat.

When one firm’s systems experienced serious performance degradation during the holiday season (at precisely the time when traffic was expected to peak), savvy customers took financial action behind closed doors.

“We did issue credits in some cases. So that some customers in essence got free services. These were the ones who were able to show how much money they made on the same day last year, [and] how much money they were making every hour until the problem occurred. I know a lot of executives who had to spend a great deal of time on damage control. And the financial and legal folks were heads-down trying to figure out [to what degree] the customers could blame us, and how accounts receivable would be impacted.”

2) Loss of confidence in your technology know-how

United Airlines reported a $620 million quarterly loss last month. United's switch to a single passenger-information system last year caused problems with its website and frustrated some of its most lucrative customers when they couldn't get upgrades to first-class seats. Some of its customer service workers at airports struggled with new software on their computers, creating long lines.... Traffic fell 3.2% in the fourth quarter. Two examples of United's systems failures stick out:

"It is flat-out unacceptable. This makes United a laughingstock among airlines."

It's safe to say that United's latest losses have a lot to do with its "laughingstock" reputation. But it’s not just laughable. Fundamentally, humans don’t fly without technology, and so United is in the technology business. I think it’s safe to say you want your family flying an airline that has its sh-, er, stuff together.

3) Loss of confidence in your Quality Controls

If the same system degrades or goes dark multiple times, consumers may stick around (think cable TV or Twitter). But B2B customers have to calculate risk differently, especially when patterns emerge. Your typical B2B customer has put her trust in you to provide her with services essential to running her business. She may let you slide on one outage (particularly if you reimburse her appropriately), but shame on her if you fool her again...

“The first time it happened, they said all the right things. I gave them the benefit of the doubt. They seemed really contrite. I thought surely it was a one-off. But I fully expected they’d ensure it didn’t happen again. The second time, I couldn’t believe I had to call them and tell them they had another outage. How the heck was I the first to know they had an outage?It's bad enough if there's a bug in your systems, but if you don’t even notice there was a problem, then you've got a second problem! And now it’s like you’re not running a real business. And relying on you is not the smart choice for my business.”

Nothing makes your competitors grin like your showing weakness. They know about your issues, and they use your issues to spread “FUD” (Fear, Uncertainty, and Doubt). FUD about you is deployed when they think their customer is considering switching to you. Or when a prospect is choosing between your offering and theirs. Or when they slink up to your customer and try to pry that customer away. You may never even know why a customer didn’t renew their contract. Or why your competitor seems to be adding more customers than you’d otherwise expect.

So the next time somebody says downtime is just a cost of doing business, and that you’ll have to live with it, remind them that downtime has a ripple effect throughout the health of the entire organization, and can cost much more than is immediately obvious. If you are serious about serving your customers and growing your business, you decide how many 9’s  you plan to serve up, and then you measure your performance against that. Otherwise, I’m not betting MY business on you.