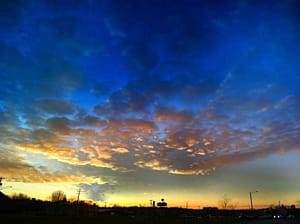 Every Friday we like to highlight some of our favorite posts on Cloud Computing, service orientated infrastructure, DevOps, Big Data, and anything else that grabbed our attention over the week. Here are some great articles from the week of January 9th that are worth taking a look at. Enjoy and have a fantastic weekend!

What is big data? by Edd Dumbill

Big data is data that exceeds the processing capacity of conventional database systems. The data is too big, moves too fast, or doesn't fit the strictures of your database architectures. To gain value from this data, you must choose an alternative way to process it.

AT&T on Monday officially signed on with the OpenStack cloud, the Rackspace- and NASA-created open-source cloud computing project. The major carrier revealed its OpenStack allegiance during its AT&T Developer Summit in Las Vegas. Adding AT&T marks the first carrier coup for the OpenStack play, which just hit the 18-month mark.

As end users bring their own devices to work, download apps and sign up for cloud services, it's getting harder for IT to maintain application visibility and control performance. In addition to introducing IT management blind spots, trends such as consumerization, mobility and cloud computing are also increasing business risk, according to a survey of CIOs from around the world.

Developers will flock to public cloud in 2012 by Barb Darrow

The public cloud is looking pretty good as a development platform this year and gaining cloud development skills is a top priority for many developers, according to new research.

Startup Rules of the Road by David Strom

I met with two 20-something budding entrepreneurs this week, just by chance. I love working with and mentoring these young people. There is so much energy and hope to better themselves and make the world a better place too. And so much they need to learn. I thought I would encapsulate some of my advice that I gave them, and perhaps motivate you to reach out to someone you know who is looking to start their own business and send this post their way too.

What to Expect From Linux This Year by Joe Brockmeier

The last year for Linux was an exciting one. The little hobby project from Finland turned 20, rolled over the 3.0 milestone, and dominated almost everything from mobile devices to supercomputers. That's a tough year to follow, but 2012 will still be an interesting year for Linux.

I just wrote this article for Info Week about Big Data, where outside of stealing the concepts from Julie Lockner, we redefine this absurdly ill defined term. Simply put, big data applies to any data set that breaks the boundaries and conventional capabilities of IT.  That’s it.  What kinds of things break the boundaries of IT?  Big capacity does. Big transaction counts do.  Big analytical requirements do.  Big response time requirements do.  Big bandwidth needs do.

AT&T, one of America's largest internet, phone and TV service providers – is throwing up an open-source cloud running OpenStack to court application developers. The giant has announced AT&T Cloud Architect, a planned service of elastic public, private and bare metal servers wrapped with different storage, network and monitoring options. AT&T Cloud Architect is a developer-centric service due in the "coming weeks".

Amazon S3 is a dominant cloud storage service that is especially appealing to small- and medium-sized businesses with its easy-to-use, functional REST API and the flexibility to scale cost with usage. But there are compelling reasons to have an alternative storage platform, most notably, to have private clouds for data security and risk management to diversify from Amazon.