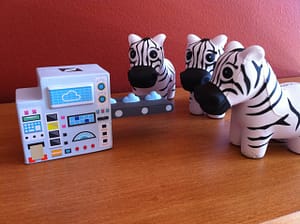 Every Friday we like to highlight some of our favorite posts on Cloud Computing, service orientated infrastructure, DevOps, Service Assurance, and anything else that grabbed our attention over the week. Here are some great articles from the week of November 14th that are worth taking a look at. Enjoy!

Despite a tough economy, technology investors expect to fund more cloud-computing-related technologies going forward, according to new research. More than half of those surveyed by Peachtree Capital Advisors in a report called “Insights on technology investing” predicted investment growth in cloud technology in the next three years.

We live in an information age, where it is easy to get lost in the sea of content made available to us each day. One way to take charge of your daily dose of relevant news and information is to follow people on Twitter. With that in mind, here is our list of top 10 leaders to follow in the cloud computing space.

The customers I talk to know that deploying a private or hybrid cloud will both save them money on IT operations and make them more agile to respond to the business.  There is a low grade euphoria over the cloud opportunity that gets the conversation going.  The conversation drives development of both our solution and our customers’ sophistication in thinking about how and why they will use Intelligent Automation for Cloud (CIAC).

Box on Thursday rolled out a developer network with the aim of developing more enterprise friendly applications. The Box Innovation Network, or /bin, includes developer communities and partners including Appcelerator, Cloud Foundry, Heroku, Rackspace, SnapLogic, and Twilio. Box also plans to invest $2 million to fund developers in /bin to grow the number of enterprise apps.

As the general big data trend gathers momentum, the various object storage suppliers are trumpeting their technology's advantages over file systems, saying they can store and protect vast volumes of data more efficiently and with faster access.

At the Intersection of Cloud and Control... by Lori MacVittie

The battle of efficiency versus economy continues in the division of the cloud market between public and private environments. Public cloud proponents argue, correctly, that private cloud simply does not offer the same economy of scale as that of public cloud.

The video is meant to remind viewers that the Internet is a physical, geographically anchored thing. It features a tour inside Telx's 9th floor Internet exchange at 60 Hudson Street in New York City, and explores how this building became one of the world's most concentrated hubs of Internet connectivity."

Enterprise Shared Services and the Cloud by Ganesh Prasad

As an industry, we have converged onto a standard three-layered service model (IaaS, PaaS, SaaS) to describe cloud computing, with each layer defined in terms of the operational control capabilities it offers to its consumers. However, from the perspective of Enterprise Shared Services, this categorisation is not optimal. Shared services have unique characteristics around ownership, funding and operations, and they span SaaS and PaaS layers.

Will the Cloud Reign Supreme? by Ivan Widjaya

We've been promised all sorts of benefits from cloud computing: faster development, cheaper applications - and even a recession-friendly switch from capex to opex for IT projects. All of this is marvellous news for the CIO, but could it be that the cloud is anything but good news for the humble techie?