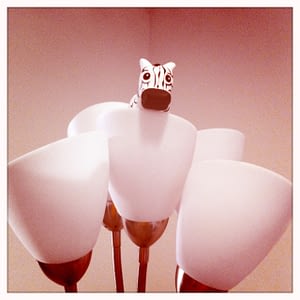 Every Friday we like to highlight some of our favorite posts on Cloud Computing, service orientated infrastructure, DevOps, and anything else that grabbed our attention over the week. Here are some great articles from the week of September 19th that are worth taking a look at. Enjoy!

The cloud is hiccuping its way forward for lack of buy-in by vendors. You wouldn't necessarily know that from the pat and parceled messaging that places blame for slow cloud adoption on the timidity of buyers.

Is your IT department stuck in the past? Well, the implication in this new video made by Microsoft is your cloud salesperson looks like Tom Selleck on a bad hair day and drives a custom tricked out van where he has client meetings in your office parking lot. It is almost amusing to see how this video plays out, mentioning the things that HyperV has that VMware doesn't, according to Microsoft.

So how does cloud storage fare in this ROI analysis? With cloud storage, the same ROI concept holds true. Cloud storage can indeed save you money when you are buying from a provider with greater purchasing power, more efficient data centers and shared, instead of dedicated administration. In fact, a recent article by Alex Williams cites a Forrester study concluding Cloud storage costs 74% less than running data storage in-house.

Zombies in the Cloud: Hardware Is Dead, Yet Still Alive by Arthur Cole

In the cloud, hardware is passe. And yet, without hardware, there is no cloud. These two statements only seem to contradict each other if you look at IT from the traditional enterprise perspective. But that worldview is quickly coming undone as responsibilities for data performance and data infrastructure become less entwined.

The Future Belongs to the Hybrid Cloud by Arthur Cole

Cloud computing can take many forms and will likely tap into numerous systems and environments at the typical data center. However, if one trend is becoming clear, it's that most organizations will deploy some form of hybrid cloud over the next several years.

Economists and pundits have long feared the emergence of what they called “hollow corporations,” or businesses that don’t actually produce actual goods or services themselves, but instead act as brokers or intermediaries relying on networks of suppliers and partners. But now, thanks to technology, successful businesses surprisingly are often brokers of services, delivered via technology, from providers and on to consumers.

As data centers shift toward being low-cost, high-scale environments in order to support clouds, old designs and economics fall out of favor.

Amazon EC2 and other cloud services are expanding the market for high-performance computing. Without access to a national lab or a supercomputer in your own data center, cloud computing lets businesses spin up temporary clusters at will and stop paying for them as soon as the computing needs are met.

The uptake of cloud services by large and small enterprises in Australia is increasing rapidly, with the use of cloud computing expected to double over the next two years and revenue predicted to quadruple over the next five years.

Following a survey of global cloud providers, OnApp reports that 49 per cent expect the small business (SMB) sector to drive take-up of cloud services in the next 12 months.

Transform Ideas Into Cloud Services: 10 Things to Consider by MSPmentor

Innovation drives the technology industry — and your business. But when you’re developing new cloud services and managed services, you’ve got to carefully weigh a range of factors. “Battles are won or lost even before they are fought,” goes an old saying. The success or failure of a new cloud service or managed service is quite predictable through certain parameters. Here are a few factors that affect the success or failure of your original ideas.

And a few more noteworthy pieces to check out…