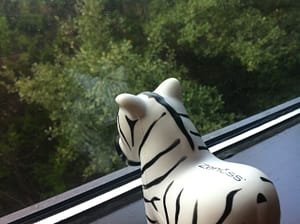 Every Friday we like to highlight some of our favorite posts on Cloud Computing, service orientated infrastructure, DevOps, and anything else that grabbed our attention over the week. Here are some great articles from the week of July 18th that are worth taking a look at. Enjoy!

"The OpenStack consortium is readying the next release of its open-source cloud operating platform with a target date of late September...The next release is called Diablo. I chatted about Diablo with Bryce, who believes it will further broaden the appeal of OpenStack to both emerging service providers and large enterprises."

Forrester on The New CIO – Change is needed, but will it be heeded? by Eric D. Brown

"I’ve been writing about The New CIO for a little over 2 years and I still see many of the same issues within IT shops and CIO offices that I saw in 2009.  Thankfully, Forrester has now decided to write about the topic. Gosh..they are slow."

When Was The Last Time You Updated Your Storage Strategy? by Chuck Hollis

“Customer and partner discussions seem to move in seasons. I'm sure there's some underlying cause-and-effect at work here, but sometimes it's a complete mystery to me. It seems that -- almost out of nowhere -- there's a notable uptick in requests to have non-trivial storage strategy presentations and workshops.”

What are You Looking for in Virtualization? by Ken Hess

“‘What are you looking for in virtualization,' should be your first question. Your answer should reflect your current business needs, future business growth and some monetary payback.”

The Future of Cloud Service Providers by Scott Swanburg

“Infrastructure as a Service is already consolidating…It seems apparent that IaaS is established and the players are slugging it out for market share. But what about Managed Service Providers providing IT as a Service?  What is their future?”

Cisco: 50 Billion Things on the Internet by 2020 [Infographic] by Richard MacManus

“Cisco has designed an infographic that offers a simple example of how Internet of Things will affect you in your everyday life. It also states that by 2020, there will be 50 billion 'things' connected to the Internet - everything from your body, car, alarm clock and even cows.”

STUDY: IT Operations in Flux as Cloud Computing Adoption Increases

“In general, the research indicates that IT executives view the cloud favorably and expect to see benefits, including fewer application availability and performance issues, but question the role of IT operations as a result of increased adoption.”

“We’ve talked a bit in the past about our move to the cloud and John shared some of our lessons learned in going through that transition in a previous post. Recently, we’ve been focusing on ways to improve availability and reliability and wanted to share some of our progress and thinking.”

How the cloud changed venture capitalism by Mark Suster

“In this three-part series I will explore the ways that the venture capital industry has changed over the past five years that I would argue are a direct result of changes in the software industry, not the other way around. Specifically, Amazon has changed our entire industry in profound ways often not attributed strongly enough to them.”

“The explosion of “big data”–much of it in complex and unstructured formats–has presented companies with a tremendous opportunity to leverage their data for better business insights through analytics.”

"This is the change we’re seeing in IT as a result of cloud computing , virtualization and automation. The core functions that deliver applications are still the same and based on the same protocols and principles, but the interfaces and increasingly the interconnects are rapidly evolving. They’re becoming more complicated."

And a few honorable mentions from the b-roll...

Read More »
PrevPreviousThe Cloud is Growing Fast! (and we're hiring)
NextWe’ve Got to Get that Report out. Where is it and why is it Executing so Slowly?Next