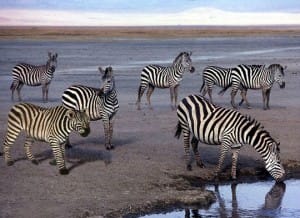 Every Friday we like to highlight some of our favorite posts on IT Operations, Cloud Computing, DevOps, Virtualization and anything else that grabbed our attention over the week. Here are some great articles from the week of August 13th that are worth taking a look at. Enjoy and have a fantastic weekend!

The preview release is the first milestone on the path to what will become Red Hat's Enterprise OpenStack commercially supported release at some point in 2013. OpenStack is one of the leading open source cloud platforms and has the support of major IT vendors like Dell, HP, IBM, Cisco, AT&T and Rackspace.

Most companies buy computers from the Dells, HPs, and IBMs of the world. A few really big cloud providers will cut out the middlemen and go to direct to the companies that assemble systems for the big server-makers… Google goes direct to Intel, and then assembles the hundreds of thousands of servers that power its data centers all by itself.

The 2nd Tenet of Open Source: Bet on the Community, Not the Current State of Technology by Bryan Che | Tentenet.net

I recently spoke with an analyst who asked me about Marten Mickos’ comment at GigaOm Structure that “OpenStack, rather than following in Linux’ footsteps, could become ‘the Unix of cloud.’ The implication was that so many vendors weighing in could lead to a forking or fracturing of the OpenStack standard.”  Similarly, many others have recently been asking if OpenStack would become the “Linux of  Cloud?”

Over the past few years, BI business intelligence (BI) was the overlooked stepchild of cloud solutions and market adoption. Sure, some BI software- as-a-service (SaaS) vendors have been pretty successful in this space, but it was success in a niche compared with the four main SaaS applications: customer relationship management (CRM), collaboration, human capital management (HCM), and eProcurement.

The Rackspace Private Cloud Software combines the capabilities of public cloud with the customization, reliability and control advantages of a dedicated environment. Customers now have a simple way to install an OpenStack-based private cloud in their own datacenter, at Rackspace, or in a colocation facility.

U.S.-based corporations and government agencies have been shipping application development work to offshore IT services providers for years. Now, thanks to cloud computing, foreign companies are starting to bring their business to providers of data center services located in this country.

Without open source, Twitter wouldn't exist. Every Tweet you send and receive touches open source software on its journey between computers and mobile devices. We were curious about how much open source is used at Twitter. Beyond that, we wanted to discover how open source may influence the culture at Twitter, Inc.

Cost reduction is often perceived as the most compelling adoption driver for new technologies. However, in many cases, looking beyond bottom line benefits often uncovers additional intrinsic value.

New technologies almost always pose a challenge for the CIOs who choose to deploy them, but often a big part of the difficulty is simply the learning curve associated with figuring out how to do it right.