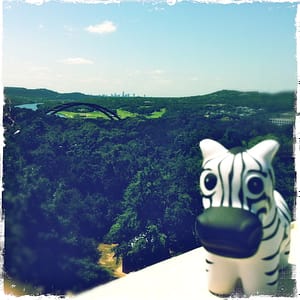 Every Friday we like to highlight some of our favorite posts on IT Operations, Cloud Computing, DevOps, Virtualization and anything else that grabbed our attention over the week. Here are some great articles from the week of May 28th that are worth taking a look at. Enjoy and have a fantastic weekend!

Revealed: The jobs that will be wiped out by cloud computing By Nick Heath | The Tech Republic

Yes, Microsoft will soon embrace Linux on its Windows Azure cloud, reaching another milestone in its ongoing efforts to reinvent itself as a friend of open source software… the raw virtual machines offered by Microsoft are not persistent — though there are other means of running long-term applications on Azure.

With Gartner predicting Cloud Computing services will become a £95.7bn ($150bn) market by 2014, it’s clear that resellers need to act now to seize a slice of this opportunity. However, it’s not as simple as it sounds as there’s been plenty of confusion surrounding what is reality and what is hype where the Cloud is concerned.

China spent $286 million on cloud-computing infrastructure last year, and the amount will increase to more than $1 billion in 2016, the research company IDC said on Tuesday.

If you want to be the public cloud of choice, as Amazon Web Services most certainly does, then you need to have a rich set of tools that allows companies to take virtual server instances running inside their data centers and suck them onto the EC2 cloud and link them into S3 or EBS storage.

PaaS Market Will Be Next Cloud Battleground By Darryl K. Taft | eWeek.com

Frost & Sullivan, an IT analysis and consulting firm, predicts that the platform as a service market will be the next area of keen competition for cloud innovators, as the infrastructure- and software-as-a-service spaces have been commoditized.

One question that often comes up when speaking with IT pros: “What are the necessary components (i.e. hardware, software, virtualization, etc.) needed to build a relevant lab environment to test out and evaluate a private cloud architecture for my company?”

The industry is moving up the stack. We're migrating from a focus on Layer 1, physical, to Layer 7, applications. Software is king in the future of IT--applications and services are what matter. Cloud is what we've termed it for now, and when discussing cloud, open and standard are key discussions.

Every day I talk, write and comment about the “Cloud”. Every time I mention the cloud I try to make sure that I add the name of the relevant cloud operator, “Rackspace Cloud, “MS Cloud” (Azure) or “HP Cloud”. Somehow all of these cloud titles don’t right to me – it seems the only title that really works for me is the “Amazon Cloud”. In this post, I will elaborate about the competition in the IaaS market and I will explain further why I think this is so.

Data Security Concerns in the Cloud By Rahul Banker | SkotGat

Since we are all under constant threats of losing data from our phones, it only makes sense that so many of us have started opting for cloud based consumer services. It itself reduces the headaches of having to constantly depend on a single device to get at our most important information. But data security does not end there, unfortunately.