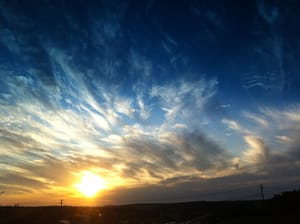 Every Friday we like to highlight some of our favorite posts on IT Operations, Cloud Computing, DevOps, Big Data and anything else that grabbed our attention over the week. Here are some great articles from the week of March 25th that are worth taking a look at. Enjoy and have a fantastic weekend!

It's safe to say that Amazon Web Services (AWS) has become synonymous with cloud computing; it's the platform on which some of the Internet's most popular sites and services are built. But just as cloud computing is used as a simplistic catchall term for a variety of online services, the same can be said for AWS—there's a lot more going on behind the scenes than you might think.

From DevOps to NoOps: IT operations pros dwindle, developers rise  by Alex Barrett

The DevOps movement has made way for NoOps — a term that reflects a relative shortage of IT operations professionals compared to the number of developers in data centers today. First coined by Forrester Research Inc. in a research report, “NoOps” implies an IT environment that is so automated and abstracted from the underlying infrastructure that the need for a distinct operations team goes away.

Latest trends of the cloud computing world by Rick Blaisdell

There is no doubt about the worldwide cloud adoption. According to the National Inflation Association, cloud computing is currently a $74 billion industry that accounts for 3 percent of global IT spending, and it’s expected to become a $150 billion market by 2013.

When it comes to IT skills and expertise, there are all kinds of “best certification” lists. Pundits are quick to add the safe bets: Cisco’s CCIE (Cisco Certified Internetwork Expert), Red Hat’s RHCE (Red Hat Certified Engineer), and other popular choices. This isn’t that list.

Cloud computing brings many advantages including elasticity, flexibility, and pay-per-use. But when looking at cloud security, and specifically encrypted cloud storage the picture is much more complex.

In cloud computing moves, money isn’t everything by Barb Darrow

While saving money is a commonly reason cited for moving IT to the cloud, it is really not the overriding driver at all for most companies, according to new research.

Today, Bryan Ford at Yale University in New Haven says that the full risks of this migration have yet to be properly explored. He points out that complex systems can fail in many unexpected ways and outlines various simple scenarios in which a cloud could come unstuck. In the worst case scenario, a cloud could experience a full meltdown that could seriously threaten any business that relies on it.

Recently Ben Kepes started a very interesting discussion on cloud bursting by asking whether or not it was real. This led to Christofer Hoff pointing out that “true” cloud bursting required routing based on business parameters. That needs to be extended to operational parameters, but in general, Hoff’s on the mark in my opinion.

Red Hat is getting set to take the wraps off the source code for OpenShift. The company announced today that it will release the OpenShift code at the Open Cloud Conference to take place in Sunnyvale, Calif., from April 30 through May 3. At the conference Red Hat will provide the code for its Platform-as-a-Service (PaaS) offering, and showing developers how to get it up and running on top of OpenStack.

Surfing the Surveys: Cloud, Security and those Pesky Breaches by Peter Silva

While I’m not the biggest fan of taking surveys, I sure love the data/reports that are generated by such creatures.  And boy has there been a bunch of recent statistical information released on cloud computing, information security, breaches and general IT.   Since this prologue is kinda lame, let’s just get into the sometimes frightening, sometimes encouraging and always interesting results from a variety of sources.