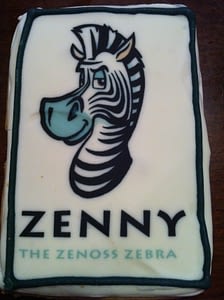 Every Friday we like to highlight some of our favorite posts on Cloud Computing, service orientated infrastructure, DevOps, Big Data, and anything else that grabbed our attention over the week. Here are some great articles from the week of January 23rd that are worth taking a look at. Enjoy and have a fantastic weekend!

Are cloud services attractive because they are less expensive than traditional offerings or are IT professionals drawn by greater agility? Bernard Golden writes that it's not an either-or debate. Much like those famous 'tastes great ... less filling" beer commercials, the beauty of cloud computing lies in the beholder.

SOPA, PIPA, and the Cloud: We Have “Mega” Issues by Jeff Norman

SOPA and PIPA, two of the most infamous and polemical pieces of governmental legislation aimed squarely at the Internet’s copyright violators in modern history, have produced ripples of interest that should not go unnoticed by the cloud computing community.

When WordPress was first released back in 2003, it was considered blogging software, something you ditch Blogger for so that you can design your own header graphic or self-host a blog on your own domain name without having to be a code whiz. At least that’s why I first started using it back in 2004.

Does PLM Belong in the Cloud? by Eric Marks

Using PaaS, it’s possible to save millions of dollars on a single, large-scale software development project. Developers can create and deploy software faster. Agencies can lower their risks, promote shared services and improve software security via a common security model...

Why study something that seems counter-intuitive? Cloud computing a boon for business? Well, of course. Those businesses which have benefited greatly from the cloud would, by now, consider such a question, sophomoric, after having increased their profit margins and tightened their work force. And those which are just hopping on the train and discovering cloud computing applicability are most probably thrilled with the results.

Over the last several years, the desire to understand the surging rivers of digital data forming all around us has led inexorably towards something more meaningful than simple analysis. The rise of consumer analytics, and by that I mean analytics tools that literally anybody could and would use, could be arguably said to have begun with the introduction of Web analytics. After all, practically everyone — and every business, large or small — now has a Web presence.

The Cloud is Forked by Phil Wainewright

Enterprises are adopting two types of cloud. One is less risky but inherently flawed. The other offers greater rewards but very few so far have succeeded with it.

Amazon Web Services has launched a public beta test of AWS Storage Gateway, which allows enterprises to back up application data in Amazon's cloud using a software appliance, the company said on Tuesday.

Megaupload’s demise: What happens to your files when a cloud service dies? by Sebastian Anthony

If you’re only just joining us, late yesterday the US Department of Justice shut down Megaupload, arrested seven employees, and seized assets worth more than $50 million (including three 82-inch TVs, two 108-inch TVs, 14 Mercedes, and other rich boys’ toys). This huge indictment poses many questions, but today we’re going to look at just one of them: What happens to all of those files that people had stored on Megaupload’s servers?