Why Billion Dollar Red Hat and OpenStack Need to Dance 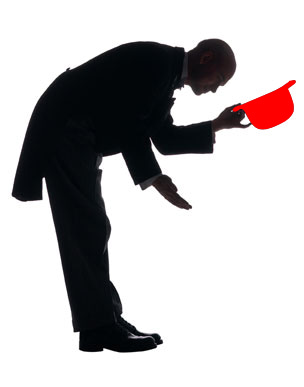 On February 29, 2012, Red Hat’s fiscal year came to a close and they are expected to cross an important milestone; becoming the first billion dollar commercial open source software company.  Whether or not you believe they are the first open source software company to cross this mythical threshold is inconsequential, the fact is Red Hat has done it.  With all my sincerest respect and admiration, I tip my “red hat” to this historical accomplishment.

With all due respect to other Linux distributions such as Canonical (Ubuntu) and SUSE, Red Hat is the de facto standard for Enterprise Linux.  They have a reputation for building a quality product, have a stable of certified applications from leading ISVs, maintain a "Cisco-like" army of certified professionals, and provide long term support for their products.  Unlike the early years of their business, Red Hat’s biggest threat does not come from a new operating system challenger ala Microsoft; it comes from virtualization vendors with all eyes on VMware, Microsoft, Citrix, and Oracle.

The good news is that Red Hat foresaw this threat and purchased Qumranet in 2008, which created kernel-based virtual machine or KVM.  The bad news is while VMware grew to a virtualization powerhouse, it took Red Hat until January 2012 to release a real challenger within Red Hat Enterprise Virtualization 3.0 (RHEV3). With this release, the next chapter in Red Hat’s history is unfolding within the Cloud era.

Meanwhile, OpenStack is nothing short of an amazing story of the power of open source and of community.  In July 2010, Rackspace and NASA jointly launched OpenStack and less than 2 years later OpenStack has the backing of over 150 companies with names like Dell, AT&T, HP, Citrix, and more.  Additionally, you’ll find the likes of Canonical and SUSE, but Red Hat is noticeably absent.  However, is Red Hat really that far away?

All one has to do is open OpenStack’s Administrator Manual and you will find instructions on “Installing OpenStack Compute on Red Hat Enterprise Linux 6”.  Also, looking closely at the list of contributing companies you will find Gluster (one of my favorites), a project acquired by Red Hat on the list.

In the battle for virtualization supremacy, OpenStack is a vital weapon against the competition.  Sure, Red Hat has Aeolus and Deltacloud, but what would the world look like with a RHEO (Red Hat Enterprise OpenStack) edition?   Wouldn’t such a release accelerate OpenStack’s rise in the Enterprise while opening up a new revenue source for Red Hat?

Before any of this can happen, Red Hat and OpenStack must dance.  Sure, there are reports that early on Red Hat was invited by Rackspace to join OpenStack but they refused due to its governance model.  However, things have changed as Rackspace has transitioned management of OpenStack to an independent OpenStack Foundation with a defined mission and structure.  Can Red Hat and OpenStack unite under this new model?

Perhaps the final piece of this puzzle will end with a Red Hat acquisition within the OpenStack ecosystem.  Without naming names, there are at least 2 attractive take-over targets that would give Red Hat the development expertise and OpenStack credibility to be a force.

As John Lennon famously wrote and performed in “Imagine”; “You may say I’m a dreamer, but I’m not the only one, I hope some day you’ll join us, And the world will be as one.”