Welcome to the Fourth Era of IT - The Quest for Utopia 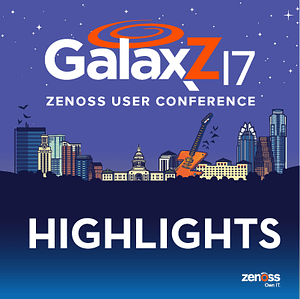 From the minute we wake up in the morning to when we go to sleep at night, we rely on technology to help us with our daily tasks, to keep in touch with the ones we love and the world around us, and to plan for our next tasks. Technology has permeated our lives. They say that we usually overestimate the impact of technology in the short term. There are a handful of great examples of this, some of which have turned into industry jokes, like the intelligent fridge. But we vastly underestimate its impact on society in the long term — how technology really is impacting the way we make decisions as a society, how it tests people’s loyalty to companies, how it impacts the way we evaluate the health of our GDP economies, what kinds of jobs will be available to our next generation, and how we need to radically adapt our education system to prepare them.

This macroeconomic, societal impact of technology was one of the key themes in the GalaxZ17 keynote by Zorawar Biri Singh.  Biri Singh is an accomplished and intelligent thought leader who is well-versed on technology trends and their impact on society, and who has also built on them with many ideas of his own. Biri Singh cited economist Carlota Perez, who theorized about technological revolutions throughout the ages with a focus on five distinct revolutionary milestones:

She breaks each of these occurrences into two periods: installation and deployment. Installation is characterized by new technology being pushed onto consumers and capital being funneled toward infrastructure development — from canals to roads to fiber optics. Separating the two periods is a bubble, normally characterized by a market bust, from the excess infrastructure.  Following this is a deployment period with heavy mainstream adoption of the new technology, making it ubiquitous and engrained into the way of life, a period referred to as the golden age in Biri Singh’s presentation. This pattern has repeated itself throughout the ages, and one such example is the Roaring '20s, followed by the Great Recession of 1929, and the Post-War Golden Age.

Today, we are witnessing how the convergence of Moore’s Law, Metcalfe’s Law, name-your-law has led to unprecedented growth in tech startups, telecommunications infrastructure and mobile consumption. The most recent occurrence of a market bust tied to an installation period was the advent of the internet and the resulting dot-com bust. So, by this theory, we are due for the next deployment phase. Biri Singh proposed that we are on the cusp of this next golden age, and that it will be driven by innovation happening in our own industry — in IT.

Biri Singh presented the Four Eras of IT, starting with the mainframe, then the PC and World Wide Web, then, most recently, an era characterized by mobile and cloud technology. In the current fourth era, we are experiencing the emergence of the Internet of Things (IoT), automation and artificial intelligence (AI). We are only still exploring what is possible with these latest technological advances. This fourth era is characterized by a proliferation of connected devices (in the billions — more than humans on earth), massive amounts of data, smart machines (devices with computational power). Biri Singh spoke about inventive ways companies today are leveraging IT to innovate their business, from Inditex (ZARA’s parent company) presenting truly fast fashion, to FedEx redefining the backbone of logistics. From Tesla’s self-driving cars to facial recognition on our Facebook pictures, these innovations are all around us. Cloud, mobile, big data, real-time analytics, data science algorithms, virtual and augmented reality are all leading to the next golden age centered on automation and AI.

But do we really understand, beyond anecdotal attempts like the IoT fridge example, how such technology is going to change our lives? The dark side of intelligent automation is that it may lead to a potential rise in mass unemployment as jobs get roboticized (not because jobs are going overseas, as our politicians lead us to believe). Stephen Hawking famously said, "The automation of factories has already decimated jobs in traditional manufacturing, and the rise of artificial intelligence is likely to extend this job destruction deep into the middle classes, with only the most caring, creative or supervisory roles remaining." But who knows, it could also end up being the utopia that we’ve all dreamed about, life running smoothly with little work to do every day. Let’s, for now, leave it at that, and this weekend I’ll schedule a test drive of that Tesla Model S I’ve been eyeing.