The Era of “Big Operations”

It’s no secret that IT is undergoing a major shift. I speak, of course, of “the cloud”. While you may argue it’s a bit hyped, it’s at least as real. On the bright side of the hype, thanks to Microsoft and others my parents finally understand what I do. This is the ultimate sign that we are on to something big. 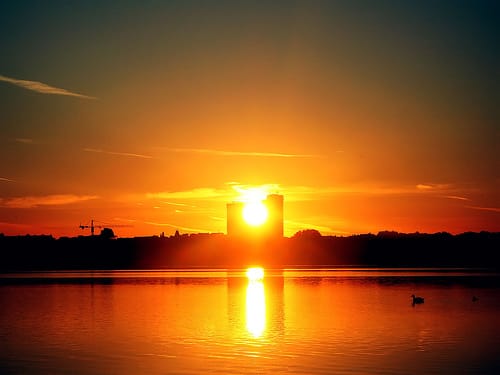 As one of the early soap-boxers for the modern cloud, it’s wonderful to see.  We experienced the advantages first-hand as part of the first generation of *aaS providers. It seemed inevitable that the industry would eventually move en-masse towards productized, shared services.  Driven by the invisible hand of efficiency, it was just a question of time.  Or as r0ml pointed at, it’s only natural that IT becomes more like a corner deli.  Standardized ingredients, fast delivery, cheap, easy, scalable.  The days of the gourmet IT are numbered.

While much is written about new infrastructure to build a cloud, less is written about the new IT operations processes and technologies that are needed to actually deliver cloud-based services reliably and cost-effectively. No offense taken. IT management software is just one of those boiler-room technology areas that rarely finds itself on the cover of Information Week let alone TechCrunch.  The process part piece of this even less exciting, with ITIL being the most exciting development in decades.

Spend some time with the guys at next generation hosters like Rackspace and OpSource, or global telcos like AT&T, Telstra and Verizon who are working to break the mold, or the guys who run LinkedIn, Ning or Facebook, or even the cloud architects at VMware and Cisco and the picture becomes clear.  Traditional approaches to management and traditional management platforms simply don’t work in this new era of IT.  Thanks to DevOps guys and O’rielly’s Velocity there is some recognition – in Silicon Valley anyway – that a new way is clearly needed.

For those in the trenches, this is obvious and has become the raison d’etre for not only Zenoss but a slew of next generation management vendors, cloud platform providers and cloud operators like Amazon.  Even Gartner has caught on.

“Big Operations”
In a word, the difference between old IT and new IT is one of scale.

By scale I mean not just the absolute size difference between new IT and old IT.  What we are really talking about is the scalability of IT.  In other words, how do the infrastructure, people and processes behave as demand accelerates in both volume and frequency?

Here is a summary of what’s different in traditional IT operations vs Big Operations:

Delivering on the challenges of Big Operations has historically been a high-art perfected by few.  Urban legends proliferate revealing some of the inside secrets of Google and Amazon’s fabled data center operations. Most who have been faced with this challenge over the past decade, have responded by building custom solutions after failing hard with legacy frameworks and other point tools. The new requirements create fundamental stress fractures in traditional management tools and processes that were literally built for a prior era of computing.  As virtualization and the various forms of cloud computing permeate the market the challenges of Big Operations are becoming mainstream.

Stay tuned. In our next post, we’ll outline what it takes to successfully deliver Big Operations.