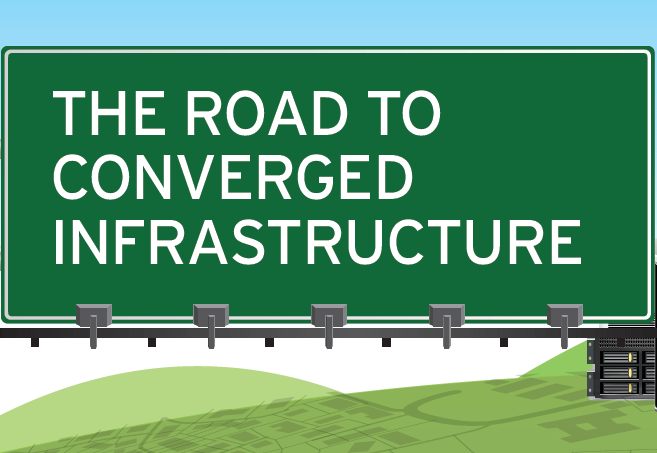 In my last post, I included a few quotes from several professionals whose companies have already implemented some type of converged infrastructure, where compute, storage, and network resources are pooled and allocated from there. Most of these quotes came from Zenoss’ recently published white paper, The State of Converged Infrastructure – 2013. This new report looks at several aspects of converged infrastructure, including what percentage of respondents either have or are planning to implement some form of it in their data centers, the vendors and solutions being considered, and the management of performance and availability.

[Watch the recording of the Converged Infrastructure Results Webinar here]

I was especially interested in the staffing portion of the report because of my revealing conversation with “Ben,” the IT director at a large law firm. I was curious if the Zenoss webinar on the State of Converged Infrastructure, cohosted by Alan Conley of Zenoss and Stu Miniman of Wikibon, would confirm the points Ben brought up, most notably the type of people he is seeking out to work on his greenfield FlexPod project.

Starting on the Server Side

Who on your staff will be ultimately accountable for the performance of your converged infrastructure?

Both groups listed the server, network, and virtualization teams in their top three, with server taking the top spot for both.

The findings didn’t seem to surprise Alan, who was a Distinguished IT Engineer at Cisco for many years before coming to Zenoss. Alan saw two reasons why the server team might be expected to take the brunt of the responsibility:

So Ben’s hiring requirement that his firm’s new Systems Engineer for their new FlexPod have “a minimum of 5 years experience as a VMware virtualization engineer [and] the ability to deploy Windows 2008 servers” would seem to match up.

According to Zenoss’ findings, 74% of respondents who are already using a converged infrastructure in their IT environment are "very satisfied" with their staffing structure; 14% have also already formed converged infrastructure teams. This figure certainly echoes some of the comments that were in my last post, as well as in the white paper itself.

Here are a couple of fortune cookies (I mean this in a good way) from the “Voices of Experience: Advice from Early Adopters” portion of the white paper.

From a Systems Architect based in North America:

All the teams have to be in sync, and communication is key.

From an IT manager, also based in North America:

Make sure your staff has a deep technical understanding of how [converged infrastructure] works so they can support it when the consultants leave.

During the webinar, Stu pointed out that if an enterprise wants to get substantive operational efficiencies out of a converged infrastructure, it needs “to make adjustments to the organizational structure,” a key part of managing this type of solution.

In case you haven’t read this countless times before, it’s time to ditch those silos! One European C-level early adopter went so far as to say:

Stu said that directive may be too extreme or sensible for most companies considering a converged infrastructure solution:

You're still going to need expertise to fix things when they're broken, but you also need to have people who are comfortable with adopting automation and getting out of their command-line interface-driven solutions that all too many have used for a long period of time.

So I guess it wasn’t surprising that an IT Director like Ben would use the combined opportunity of installing a greenfield offsite FlexPod-centric data center and a job opening for a Systems Engineer to find somebody “with a broader, deeper understanding of complementary roles within the organization.” After all, his firm is “moving toward something that’s purpose-built and more closely aligned to our needs.” Shouldn’t his workforce follow suit?

What About Job Seekers?

I realize that in this post, as well as my three previous “Staffing for Converged Infrastructure” posts, I’ve addressed staffing issues from a management point of view because, well, people at the management level and above generally are deciding whether to deploy converged infrastructures in the first place, let alone how to manage them.

But what about those of you who work in the IT trenches and are trying to plan for the future (and who may well move into management and deal directly with some of these aforementioned challenges)?

During the webinar Jennifer Darrouzet asked a similar question:

What would you recommend to a job-seeker who comes from a legacy infrastructure, with defined silos?

Here is what Alan had to say:

If you are a siloed person [and, for example], only know storage or networking, you should learn more about your adjacent domains. Also, most good systems admins have some sort of programming skills, whether it’s in Python, Perl, Ruby, etc.

Having the latter skills makes understanding the automation and orchestration portion of a successful converged infrastructure easier to grasp and master.

And that’s it. Yes, it would be awesome if you already had the Vblock or FlexPod background, but if you have a willingness to move past your silo of expertise, you’ll do just fine. Most organizations are learning as they go, too, and if they are anything like Ben’s firm, you’ll get the training you need to succeed.