Is MTTR Still a Taboo Topic for Service Providers? 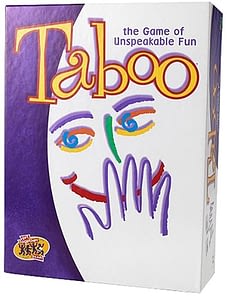 Like a couple of you, I attended Cloud Connect, last week. Unlike most of you who were there, I spent the bulk of it as an exhibitor. Although I was unable to attend any sessions or keynotes, I did get a chance to poll some of y’all on your takeaways and observations.

One recurring theme in my discussions was an acknowledgement among both enterprises and service providers that feces will occasionally hit the rotary oscillator (AKA stuff hitting the proverbial fan). Yes, even the best laid plans and redundant preparations can fall prey to unforeseen events. Maybe this is because this time around, more of the people I was speaking with had actually weathered a few cloud outages – either as providers, or as consumers.

So while it’s important to plan for just about every nasty scenario, its’ equally important to assume that an exciting new one will rear its ugly head. And by “an exciting new one”, I mean: a disgruntled employee, a bad cable, an incompetent telecommunications technician, billing issues, etc. I heard all of these and a whole lot more. And yes, bad firmware was still high on the list.

What I‘m getting at is that the term MTTR (Mean Time to Resolution) once again felt safe to use.  Service Providers seemed to be more openly acknowledging that stuff will sometimes break, and their customers are starting to ask what they can do, when it does. So, why are many Cloud Providers so reluctant to talk about it?

Given that we’re all adults, and we recognize things happen, why don’t we start placing a bit more emphasis on resolving it quickly, once it does? Is the cloud mature enough that providers can begin discussing the virtues of their rapid resolution capabilities, both proudly and openly? As a consumer, I have come to expect the occasional minor outage, but I’m upset when that minor outage becomes a major one – and I’m enraged when the resolution window keeps opening wider.

Personally, I’d be impressed by any provider that promoted their rapid resolution capabilities, or publicized how rapidly they've resolved past outages. I know, this means they would have to acknowledge that they have, in fact, had outages. What are the chances that we’ll ever see this? As always, I look forward to any and all comments…