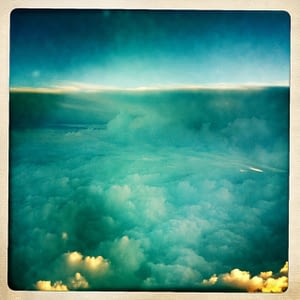 A lot happens throughout the month and keeping track of it all is a chore. Here are some of our most popular posts from November, 2011.

In October, we gathered 772 survey responses from the OpenStack Conference and the Zenoss open source management community. The results revealed that nearly 75% of the participants are considering an OpenStack deployment, driven by cost savings and avoiding vendor lock-in with the platform.

Day 1 was a blast and we had another busy day talking with attendees of NetApp Insight 2011 in Las Vegas. Today we talked about the issues that their customers have when deploying Flexpod solutions. There were three issues with near-universal approval...

As I travel the world talking with enterprises, service providers, or attending/speaking at conferences about Cloud computing, I find that there are many incredible open source projects that have not yet crossed-over into the mainstream.

2011 has been a HUGE year for the Cloud and the buzz around the actual happenings is greater still. We wanted to cut straight to the core of everything Cloud, more specifically, everything relating to the Enterprise Cloud and the cascading impacts for businesses worldwide.

3 Reasons Why Monitoring Has Failed Operations by Floyd Strimling

These days it seems that the market is enamored with new technologies such as orchestration and provisioning.  However, the reality is Operations relies heavily on monitoring solutions as the “nerve center” of their internal and/or external services.

Cisco & Zenoss Clear It Up at Cloud Expo by Kent Erickson

The Cloud Expo is hopping again this year with a lively and engaged crowd. And Zenoss is right in the center of things with a busy booth and lots of Zennys (our zebra mascot)!

OpenStack is all the rage in some circles. For those who are unfamiliar with this open source project, it began as joint project between RackSpaceCloud and NASA that integrates code from NASA’s Nebula platform and RackSpace’s Cloud Files platform.

The Second Wave of Virtualization Isn't DIY by Kent Erickson

Recently I’ve noticed  what I think is the end of standards-based design-it-yourself in datacenters. Instead, pre-integrated Flexpod and vBlock systems are becoming the choice for cloud and virtualization projects.

The Next Step: Zenoss Service Dynamics by Bill Karpovich

This morning we announced a major new product release that we believe represents a key milestone for our customers, our company and the IT management market.   In addition to new capabilities, we announced new branding and packaging.  Here’s what it’s all about.

Every Friday we like to highlight some of our favorite posts on Cloud Computing, service orientated infrastructure, DevOps, Service Assurance, and anything else that grabbed our attention over the week.