Home > Blog > Avoid the Landscaper's Lament When it Comes To Monitoring

Avoid the Landscaper's Lament When it Comes To Monitoring 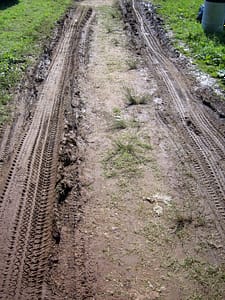 About 20 years ago, my wife and I decided to expand our house to accommodate our growing family. We interviewed several builders, spoke with references and toured several completed projects.  Finally, we made our decision to hire someone who came highly recommended but who did not submit the lowest cost bid. We then carefully planned the addition and spent several weeks going over and revising the plans until it satisfied our expectations and budget.  We eagerly anticipated the start date and were excited to see the front end loader rumble into our back yard and begin the excavation for the foundation. However, we didn’t even care about the collateral damage this was causing to our yard, with deep tire tracks and craters that all but ruined the landscape.

The project moved ahead and within 6 weeks, our new addition was complete with not so much as a complaint from my wife or myself. If a building project that temporarily displaces a family can be described as a pleasant experience, then this was one. Toward the end of the project though, it occurred to me that we needed to do something about the yard. I had put that decision on the back burner. So I called a few landscapers who came over and gave me estimates and I was pretty shocked at how much it was going to cost to just restore the yard to its former state. Only problem was that we had exhausted the budget.

I finally found someone who was a part-time landscaper who agreed to do it on the cheap and just smooth over the bumps and plant new grass. I had learned from one of the other “professional” landscapers who came over that we really needed a complete overhaul of the whole yard with a properly graded slope built from the foundation out to the back of the yard. When I told him his price was way over our budget he replied “yeah, there’s never enough money left over for the landscaper.” I referred to this as “the landscaper’s lament.”

So why is landscaping like monitoring? I have been in the enterprise software industry for 25+ years, a majority of that time spent in the monitoring and systems assurance market. I have spoken with 100’s of IT people at both large and small organizations in different industry segments, from financial services firms to manufacturing companies and government agencies. It is a given that organizations are always looking for an edge to either increase revenues or cut costs. The constant evolution of technology often provides that edge.

Committees form and projects are initiated to study how a particular solution can help a company achieve its business objectives. Vendors are solicited and references are checked and finally, after careful consideration and negotiation, a solution is selected. And then, the question is asked….”how are we going to monitor this new solution?” Typically, at this point, a rather frantic search begins for a monitoring tool that can provide the needed visibility into the health and welfare of the new solution. And just like my landscaping project, many times, the budget has been exhausted on the target solution and companies scramble to find a low-cost monitoring tool.

Sometimes, taking the approach of just trying to “make do” with existing tools and “jury rig” them to accommodate the new state of the art solution is the option to take. 15-20 years ago this approach probably worked even though it wasn’t optimal. Systems were, for the most part, static. Things didn’t change that much. If a problem occurred, IT people could often determine the cause based on their inherent knowledge of the components that made up the infrastructure. They kind of knew where everything was.

With the advent of virtual computing and now cloud computing, it’s a whole new landscape (pun intended!). Resources are constantly changing, entering and exiting the environment in minutes. The allocation of technical infrastructure to support a business service is now increasingly in the hands of the end users who are starting to bypass IT.

However, the age old question still remains: "how are we going to know what’s going on so we can make sure the company’s life blood (mission critical applications) are performing as expected?” Because we all know what happens when something breaks, IT is usually the fall guy. Don’t get caught in the landscaper’s lament. Make sure that you talk to your landscaper up-front and put monitoring into your overall plan rather than be a budget omitted afterthought.