An Honest Discussion about Why Repairing IT Services Takes So Long 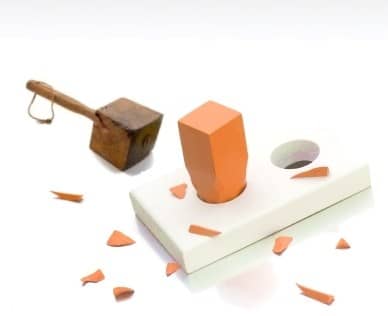 Last week, I attended a Zenoss webinar called Using Too Many Tools Hinders IT Operations featuring Jean-Pierre Garbani a guest speaker from Forrester Consulting. Garbani presented a Zenoss-commissioned report titled Monitoring IT Business Services: How Too Many Tools Can Impact Your IT Operation Efficiency, where the consulting firm interviewed 161 IT operations managers/decision makers, centered around companies with between 5,000 and 25,000 employees.

I was especially interested in learning the reasons behind extended infrastructure downtimes, especially after having recently looked into the costs of an outage. From the Forrester Consulting Report, Garbani spoke about the three primary causes for these types of glitches.

Almost 70% of the decision-makers Forrester surveyed used a minimum of 10 different monitoring tools to keep tabs on their IT infrastructure. Garbani said that this stockpiling of tools usually happens because each silo within an IT organization buys what they think will do the best job possible:

Because we have multiple silos in our IT operations, we have a bunch of tools ... that we bought at some point to react to a problem.

One of Forrester’s respondents, an IT operations manager at a financial services firm, voiced his frustration at this situation:

We have 15 different management products, each vendor and technology silo specific...Each silo brings their own tool set to the table and correlating all the data is impossible.

My friends at Zenoss of course would say the answer is to switch to a monitoring tool that doesn’t simply fill a niche need, only to need to add another tool later to handle another need. Over time, your quick fixes catch up to you and no longer to you have enough time in the day to keep tabs of our IT organization while still delivering the service your customers expect and demand.

When Garbani was talking about the tool proliferation problem, I started thinking of that old parable about the blind men and the elephant, where each blind man feels a pipe or a fan or a tree branch, rather than recognizing, well, an elephant.

Not surprisingly, Forrester’s findings mirrored my impression. Almost 60% of the respondents agreed that the accumulation of application and IT management software creates more challenges than it solves. This problem continues to escalate as more and more IT infrastructures build out in an almost organic fashion.

According to Garbani, if these tools can't communicate with one another, perhaps we need to find a means to better integrate these tools:

It doesn't mean that tools are the same all over the place, but [they can] share the same information...in some form or shape that is meaningful to the persons who are trying to resolve the issue.

This issue seemed to resonate with many of the people attending the webinar. One attendee asked:

If I have a mix of internally delivered business apps and third-party cloud apps such as Workday and Salesforce where the infrastructure is not internal to us, can Zenoss monitor the performance of these third-party apps?

3) Lack of Teamwork Among IT Departments

IT departments are changing and evolving. "The number of machines, applications, and devices we have to support has grown exponentially," yet units within too many IT departments still keep to their silos of competency, despite the obvious convergence that's taking place, Garbani said. More than half of the people Forrester surveyed for its report shared this complaint.

Part of the frustration stems from the complexity inherent to dynamic infrastructures. For example, an enterprise database today may span across many virtual machines and integrate information from sources within the company's data center and from its Salesforce.com app. How can you expect the people managing that database to simultaneously oversee the web servers that are pushing information out to end users?

You can't, of course. But this focus on a specific area too often causes each silo to suffer from tunnel vision. As Garbani pointed out:

It's extremely difficult to get the network person, server person, and database person in the same room and compare the information they have because the information comes from different sources and has different meanings. As a result, it's hard to align ourselves when facing an issue.

And this goes beyond the IT infrastructure. End users within an organization ultimately are affected as well, as one attendee pointed out:

Without bringing to light the end user's pain points, new technology becomes a "stacked" set of tools that slows down productivity and does not allow an end user to use the technology to the best of its capabilities, creating frustration from all sides.

Teamwork is going to play a key role going forward. But even a battalion of IT professionals will struggle with this type of undertaking if their monitoring tools are relics of the 20th-century data center.

In 2013 and beyond, these teams are going to need weapons that can survey the whole battlefield in a way they can all understand. Integrated, as unified as possible, and made to dissolve silos (or at least allow them to work in harmony). Given that 98% of the webinar attendees said they would recommend their peers review the findings presented in the Forrester report, it’s clear there’s a groundswell of interest here in organizations large and small.

Full Forrester Consulting Report: Monitoring IT Business Services - How Too Many Tools Can Impact Your IT Operation Efficiency

Zenoss/Forrester Webinar On-Demand: Using Too Many Tools Hinders IT Operations

Read More »
PrevPreviousThe Proof is Out There – Forrester Consulting Finds that Fragmented IT Troubleshooting Costs YOU Money
NextSee Under the Hood: Watch a Live Demo of Private Cloud Service Orchestration with Cisco UCSNext