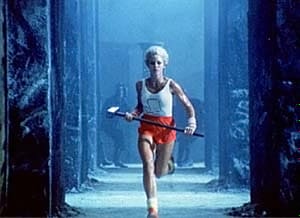 Whatever the case, on February 6, 2012 Nicira forever changed Cloud computing as they launched their Network Virtualization Platform (NVP).  It reminds me of when Kalpana launched EtherSwitch and invented Ethernet Switching.  Of course, Kalpana was purchased by Cisco and the rest, as we say, is history!

Nicira is backed by Andreessen Horowitz, and was founded by Nick McKeown, Martin Casado and Scott Shenker.  Think Stanford vs. Berkeley (oh the meetings must be fun!).  More importantly, Nicira aims to decouple the network from its physical constraints.  Finally, they launched with customer names like AT&T, NTT, eBay, Rackspace, and Fidelity.

Better yet, Nicira isn’t abandoning the open source world from which they come as all three founders led the development of OpenFlow and Open vSwitch.  In fact, Nicira is leading OpenStack’s Quantum project of which Zenoss and I are eagerly awaiting.

While we have seen virtualization invade applications, compute, and storage, networking has remained relatively unchanged.  Of course Cisco and Juniper allow you to “create virtual router or switch instances”, but at the infrastructure layer its simply business as usual.  One may argue that these giants are working on all encompassing Fabrics (which I applaud) but this is a massive undertaking filled with risks and continued vendor-lock-in.

As OpenFlow, Nicira, and others penetrate the industry, virtualization will be prevalent within all layers; compute, storage, application, and networking.  Developers will finally be able to create applications that will have full control of its resources while allowing the network to do what it does best.  Finally, with compute, storage, and networking now fully virtualized, the Cloud delivers on its promises of shared resources, agility, flexibility, and innovation.

As exciting as Nicira is to me, it may be equally frightening to IT Operations.  After all, IT Operations will now be asked to manage and monitor an infrastructure that may be fully virtualized and highly dynamic in nature.  In reality, a new IT Operations paradigm is needed to transform IT Operations from reactive to proactive while organizing the chaos; Zenoss Service Dynamics.

In today’s crazy fast paced world, it’s easy to miss important and/or historic events.  For me 02062012 will be a date that I will remember forever and I will be eagerly awaiting the coming disruption within Networking and beyond.